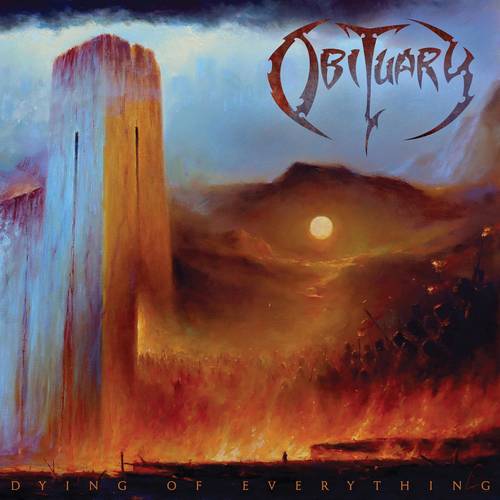 The legendary Death Metal icons OBITUARY return with their highly anticipated new album, Dying of Everything.

Dying Of Everything destroys in the time-honored tradition of early OBITUARY classics Slowly We Rot and Cause of Death while maintaining the killer studio sound that the band has been perfecting in their own studio since 2007’s monstrous Xecutioner’s Return.

You can hear the results on lead single “The Wrong Time” which boasts a slamming mid-tempo groove. Meanwhile, the title track boasts punishing riffs and songwriting by Ken Andrews. The album’s third single, “My Will To Live,” is a total skull-crusher. Track after track, OBITUARY solidify their legacy as a Death Metal institution, churning out some of the heaviest riffs in their career.

Like just about every album in OBITUARY’s vast catalog, Dying Of Everything is instantly memorable; it’s a skill that OBITUARY have only improved upon over the years. It’s unusual for a band that’s been around since the ’80s to be doing some of their best work in the 2020s, but that’s exactly what OBITUARY have accomplished through their do-it-yourself attitude and relentless touring on a worldwide level. “I think it comes down to passion,” vocalist John Tardy offers. “I say this all the time, but if something’s not fun, I’m not gonna do it. And we’re having more fun than ever.”

$13.98
Obituary
Dying Of Everything
Quick View 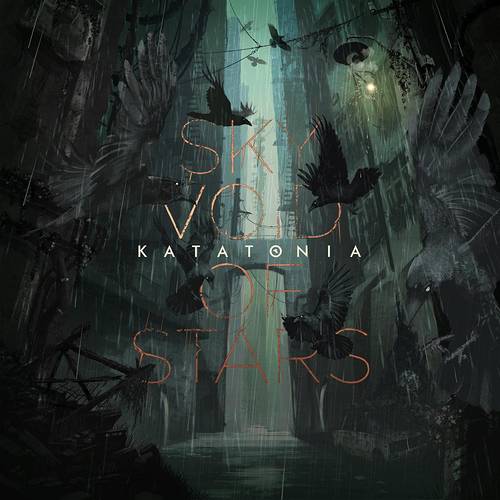 Meritorious masters of melancholic metal Katatonia carry on their legacy of rearranging the order of the heavy music universe, proudly presenting their hauntingly beautiful next studio album, 'Sky Void of Stars'.

Founded in 1991, Katatonia have continually embraced the dark and the light alike and - living through genre evolutions beyond compare - ripened their own particular form of expression. From doom and death metal to soul-gripping post rock, they've explored endless spheres of the genre, accumulating only the very best aspects. With their previous album, 'City Burials' (2020), ranking #6 on the German album charts, the outfit proved their gravitational force on the scene as an everlasting cycle.

Katatonia is one of a kind, in a state of perpetual evolution. Significantly shaping the genre while still staying true to their own musical values, they orbit the musical universe - leaving their imprints on the scene. Projecting their sound to the endless realms, 'Sky Void of Stars shines bright in metal and beyond!

$14.98
Katatonia
Sky Void Of Stars
This website uses cookies to personalize content and analyse traffic in order to offer you a better experience.
I accept Learn More
back to top