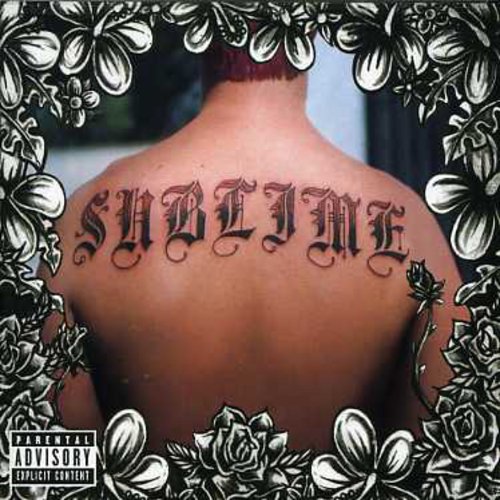 Sublime's eponymous major-label debut arrived a few months after the band's leader, Brad Nowell, died tragically of a heroin overdose. As a show of sympathy, the album tended to be slightly overrated in some critical quarters, who claimed that Nowell was an exceptionally gifted lyricist and musical hybridist, but Sublime doesn't quite support those claims. Even so, the trio does have a surprising grace in its unabashedly traditionalist fusion of Californian hardcore punk, light hip-hop, and reggae. Switching between bracing hardcore and slow, sexy reggae numbers, Sublime display supple, muscular versatility and, on occasion, a gift for ingratiatingly catchy hooks, as on the hit single "What I Got." What they don't have is the vision -- either lyrical or musical -- to maintain interest throughout the course of the entire album. Sublime sags when the band delves too deeply into their dub aspirations or when their lyrics slide into smirking humor. The low moments don't arrive that often -- by and large, the album is quite engaging -- but they happen frequently enough to make the record a demonstration of the band's blossoming ability, but not the fulfillment of their full potential. Of course, Nowell's death gives the record a certain pathos, but that doesn't make the album any stronger.

''Sublime'' is the third album released by ska-punk band Sublime. Originally intended to be titled ''Killin' It'', the band and record label agreed to substitute an eponymous title due to lead singer Bradley Nowell's death prior to the album's release. After debating whether to hire a replacement for Nowell or break up, the surviving members decided to end Sublime.

The album was a major commercial success, going five times platinum by 1999 and etching Sublime into a permanent place among the stars of mid-90s alternative rock. The album was faithful to Sublime's ska, dub, and reggae influences, with tempos ranging from the frantic — such as "Seed," "Same in the End," and "Paddle Out" — to the slow and deliberate, such as "Pawn Shop" and "Jailhouse."

''Sublime'' marked the band's only album on a major label (MCA) after several releases on Skunk Records. - Wikipedia