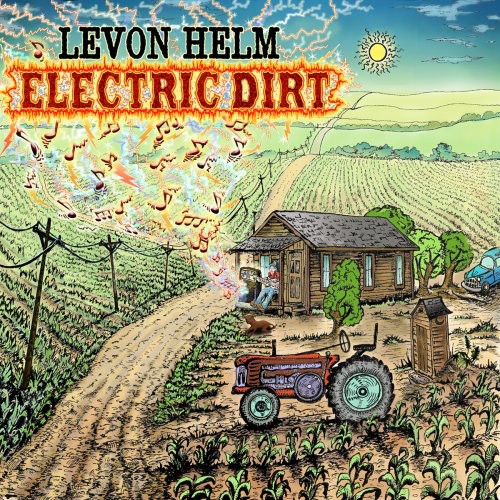 Electric Dirt (Dirt Farmer Music/Vanguard Records) is the second album in the last two years from American musical treasure Levon Helm. Its predecessor, the GRAMMY-winning Dirt Farmer, his first solo LP in a quarter century, followed Levon's near miraculous recovery from throat cancer, and as such represented a new lease on life for the legendary artist, who rose to prominence as the drummer and vocalist for Levon and the Hawks, which later became The Band. Electric Dirt again finds Levon steeped in tradition in his connection to the land and those who live by it, but this record goes deeper and wider, incorporating gospel, blues and soul elements in a bracing collection of originals and carefully chosen outside songs. As with Dirt Farmer, multi-instrumentalist Larry Campbell took the reigns as producer and the album was recorded at "The Barn"- Levon Helm Studios. "Our objective here was to take the honesty, innocence and purity of the Dirt Farmer record which represents a true element of what Levon is all about, but also expand on that and explore deeper the goldmine of Levon's musical artistry" states Campbell.