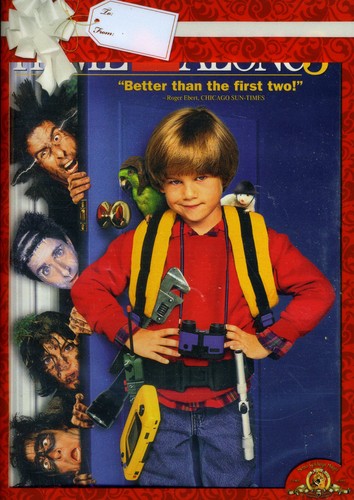 The U.S. Air Force has a new secret weapon - and he's only eight years old! From comedy legend John Hughes comes the hilarious, action-packed hit that's "lots of fun for the entire family!" (KIDS NEWS NETWORK). a band of international crooks has hidden a military computer chip inside a toy car, but an airport mix-up lands it in the hands of whiz-kid Alex Pruitt (Alex D. Linz) who's home alone with the chicken pox in a quiet Chicago suburb. When the criminals zero in on Alex's house with their high-tech gadgetry, madness and mayhem kick into high gear as the pint-sized hero defends himself against the bumbling bad guys - armed with an outrageous array of ambushes and booby traps!