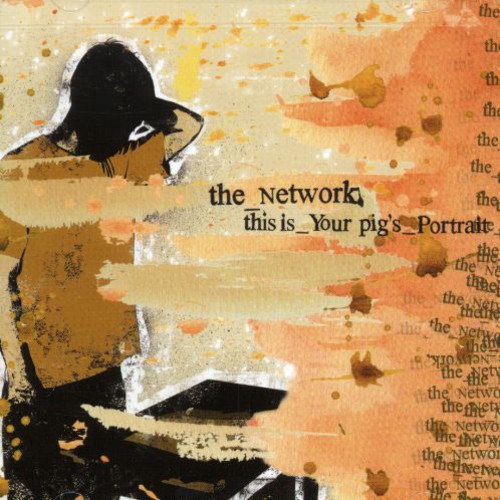 This Is Your Pig's Portrait
Artist: The Network
Format: CD
New: Not on Hand, let us get it for you...
Wish

The Network can proudly wear their influences on their sleeve by ripping off bands that absolutely deserve to be ripped off. The band takes an enormous influence from the first wave of the chaotic metal/hardcore movement, emulating groups like Coalesce, Deadguy, Converge, Blood let & Refused while putting an undeniably unique spin on the style to create their own brand of spazzcore. Hailing from the Granite State of New Hampshire, the Network have locked themselves away in their practice space for the better part of the last five years, honing their sound and berserk live performance. The result is an off-the-handle debut full length with a raging live performance to back it up as they start the transition into a full-time touring monster posed for world conquest. One of the many stand out traits of the group is their pummeling vocal assault. Four of the five members have active vocal rolls, each with very distinct styles. From the lion's roar of the primary vocalist, Scott (reminiscent of Coalesce's Sean Ingram), to the complimenting Blood Brother-ish stylings of guitarist, Pete & the ultra-low monster gurgles of bass player Nate Johnson and the piercing high screams of their drummer, Tim, the vocal battery ices the cake of the absurd, quirky and disruptive compositions of the Network. Complete with a suitably noisy, explosive recording (produced by the Red Chord's Jonny Fay), the group tackle an array of social and political issues headfirst which makes for an interesting and thought-provoking read and listen.