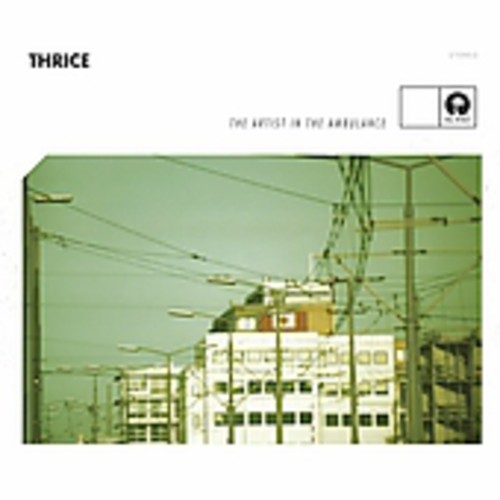 The band recently recorded their Island Records debut, the Artists in the Ambulance, helmed by producer Brian McTernan (Snap case, Converge) at Salad Days studios in Washington, D.C. with other top talent such as engineer Michael Barbiero and Andy Wallace solidifying the final mix, the album promises a sonic quality second to none.

''The Artist In The Ambulance'' is Thrice's third album, but their first on a major label. The album peaked at #16 on The Billboard 200 charts. As with ''The Illusion of Safety'', a portion of the sales of this CD were donated to a charitable cause. In this case, it was the Syrentha J. Savio Endowment. This foundation provides chemotherapy and other medication for those who cannot afford it.

The album's release date digipak packaging features individual cards that have lyrics, liner notes, an industrial-style photograph, and comments from the band members and the producer. - Wikipedia