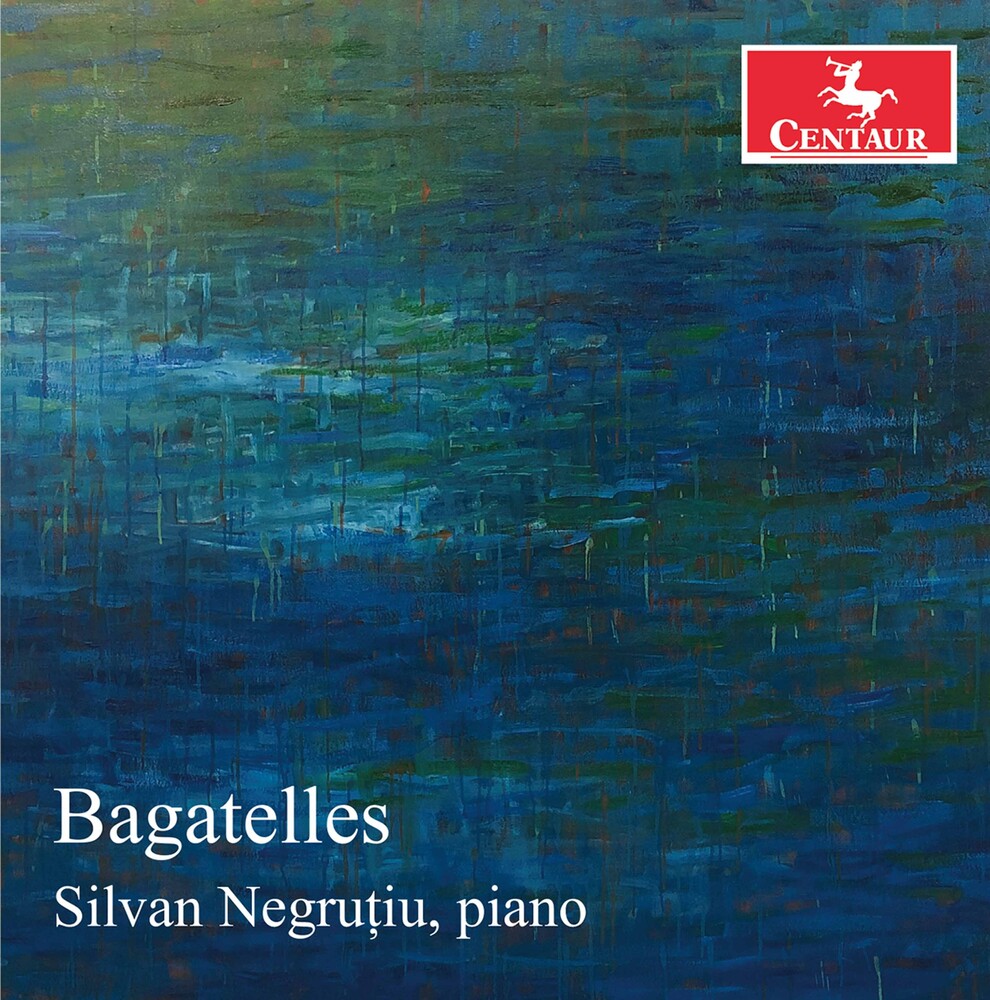 This album beautifully explores the musical possibilities of the Bagatelle, a short and unpretentious instrumental composition, typically for piano. Internationally acclaimed pianist Silvan Negrutiu has performed concerts around the world, from the Kennedy Center in Washington DC to Ireland's National Concert Hall, the Romanian Athenaeum in Bucharest, the Xi'an Concert Hall in China, the Showa Recital Hall in Tokyo, and the Hong Kong Academy for Performing Arts. He appeared as soloist with prestigious orchestras including the Romanian Radio Chamber Orchestra, Alicante Philharmonic, George Enescu Philharmonic and Dublin Symphony Orchestra. Some of his concerts have included live television and radio broadcasts. He is a laureate of numerous international competitions, including the "Roma 2000" and Salerno "Beethoven e i classici" in Italy; the "Seiler" in Sofia, Bulgaria; the "Feis Ceoil" in Dublin, Ireland; and the "Konzerteum" in Pireas, Greece.
back to top