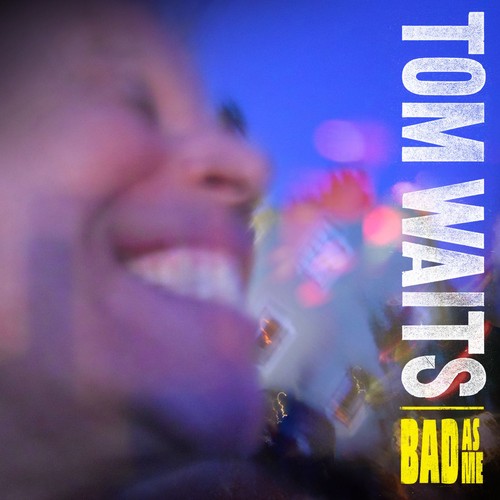 Throughout his career, Tom Waits has created milestone albums that serve both to refine the music that has come before, and to signal a new phase in his career: Rain Dogs and Mule Variations are both counted by fans as among these pivotal works. Now comes Bad As Me, his first studio album of all new music in seven years, which finds Tom Waits in possibly the finest voice of his career and at the height of his songwriting powers, working with a veteran team of gifted musicians and longtime co-writer/producer Kathleen Brennan. From the opening horn-fueled chug of “Chicago,” to the closing barroom chorale of “New Year’s Eve,” Bad As Me displays the full career range of Waits’ songwriting, from beautiful ballads like “Last Leaf,” to the avant cinematic soundscape of “Hell Broke Luce,” a battlefront dispatch. On tracks like “Talking at the Same Time,” Waits shows off a supple falsetto, while on blues burners like “Raised Right Men” and the gospel tinged “Satisfied” he spits, stutters and howls. Like a good boxer, these songs are lean and mean, with strong hooks and tight running times. And there is a pervasive sense of players delighting in each other’s musical company that brings a feeling of loose joy even to the album’s saddest songs. Bad As Me is a Tom Waits album for the ages.