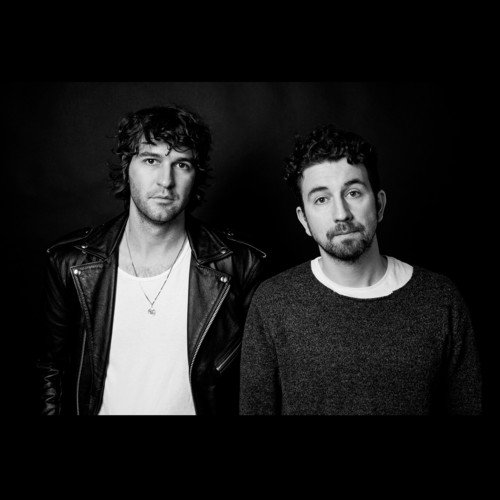 JAPANDROIDS is a two-piece band from Vancouver, BC., which began in 2006 and consists of Brian King and David Prowse. JAPANDROIDS are one guitar, one set of drums, and two vocalizers. JAPANDROIDS are maximal in their delivery; a two- piece band sounding like a five-piece band. With the release of their second album, Celebration Rock in 2012 the band embarked on what seemed like an endless world tour, performing over 200 shows in over 40 countries, and played their final show in support of Celebration Rock in Buenos Aires, Argentina in November 2013. They would not perform live again for three years. Their third album, Near To The Wild Heart Of Life, was written clandestinely throughout 2014 and 2015 in Vancouver, Toronto, New Orleans, and Mexico City. It was (mostly) recorded at Rain City Recorders in Vancouver, BC (Fall of 2015), with one song, “True Love And A Free Life Of Free Will”, recorded at Golden Ratio in Montreal, QC (February, 2015). The title, Near To The Wild Heart Of Life, comes from a passage in the novel A Portrait Of The Artist As A Young Man by James Joyce: “He was alone. He was unheeded, happy, and near to the wild heart of life.” Like their prior albums Post-Nothing and Celebration Rock, the album is 8 songs. This is because 8 songs is the standard template for a great rock n roll album. Like Post-Nothing and Celebration Rock, the album was sequenced specifically for the LP. On Near To The Wild Heart Of Life, side A (songs 1-4) and side B (songs 5-7) each follow their own loose narrative. Taken together as one, they form an even looser narrative, with the final song on side B (song 8) acting as an epilogue. If Celebration Rock was the culmination of something, then Near To The Wild Heart Of Life can be considered the beginning of something else.
This website uses cookies to personalize content and analyse traffic in order to offer you a better experience.
I accept Learn More
back to top