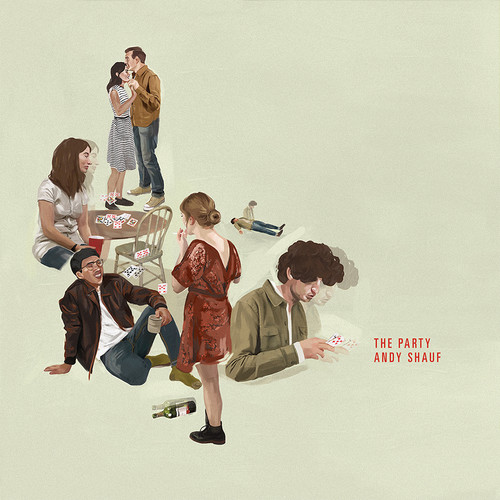 Andy Shauf - He’s a sad-sack Saskatchewanian songwriter who grew up in a tiny town (pop. 919) off the Trans-Canada Highway somewhere between Swift Current and Moose Jaw. His breakthrough album was called Bearer of Bad News. But don’t feel bad for Andy Shauf. Social invitations have been pouring in from Jeff Tweedy, Nick Hornby and Low (for whom he opened two U.S. tours in 2015). Now the self-produced multi-instrumentalist and master of subtlety is ready to invite everyone to The Party, his fourth album and first for Anti Records. The Party is a series of character sketches, ostensibly set at a specific gathering.

It’s not exactly a concept record or a John Hughes script for a Robert Altman film, but writing it was definitely a way for Shauf to get out of his own head. The Party will spawn no hangover regrets for its creator, even if its characters have more than a few. On it, awkward characters show up “Early to the Party,” dance in the living room (“Martha Sways”), and either reveal life-changing secrets (“To You”) or try their hardest to reveal nothing at all (“The Magician”). Fuzzed-out guitars collide with string sections and dreamy synths, all draped over delicate piano, acoustic guitars and rainy-day drums. Oh, and clarinet. On Bearer of Bad News, Shauf started out with 100 songs and whittled it down to 11. This time, with a clearer vision and narrative construct in mind, he focused on 15 and cut it to 10. Brevity is key: these vignettes are rooted in classic pop songwriting, with shades of the Shins, Belle and Sebastian and Grandaddy seeping into Shauf’s modern arrangements. This Prairie boy is the first Saskatchewanian musician with an international record deal since Joni Mitchell and Buffy Sainte-Marie. For Andy Shauf, The Party’s just getting started.