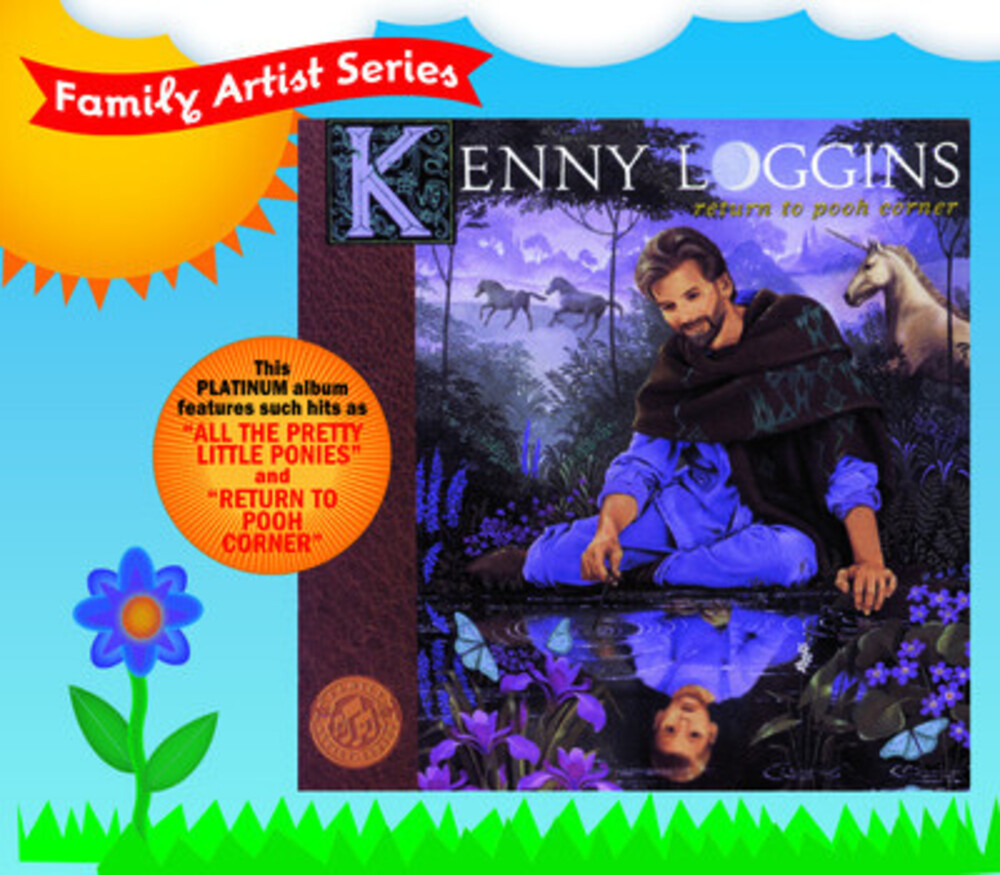 Return to Pooh Corner features songs written by John Lennon, Rickie Lee Jones, Paul Simon and Jimmy Webb, along with several other traditional children's songs. Note: This product is an authorized, licensed CD-R and is manufactured on demand].

''Return to Pooh Corner'' is a children's music album by soft rock singer Kenny Loggins. Released in 1994, it features songs written by John Lennon, Rickie Lee Jones, Paul Simon, and Jimmy Webb, along with several other traditional children's songs. It was a successful album for Loggins, selling over 500,000 copies, and was nominated for a Grammy. Loggins returned to Pooh Corner several years later with 2000's ''More Songs from Pooh Corner''. The songs are described as "music for parents and children to enjoy

together". Guest appearances are made by David Crosby and Graham Nash on "All the Pretty Little

Ponies", Patti Austin on the "Neverland Medley", and Amy Grant and Gary Chapman on the title track (a rewritten version of "House at Pooh Corner", a song Loggins wrote in high school and had previously recorded with Jim Messina for their 1971 album ''Sittin' In'').