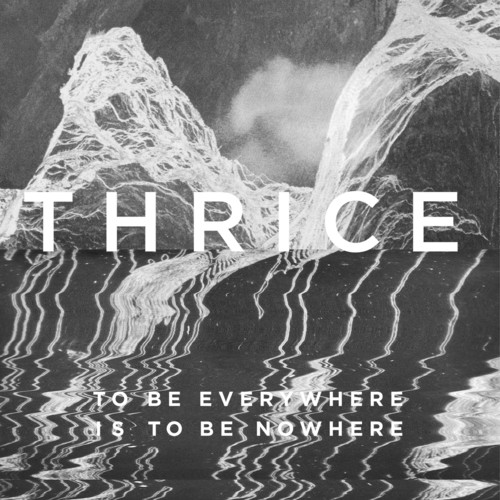 To Be Everywhere Is To Be Nowhere
Artist: Thrice
Format: CD
New: Not currently available
Wish

Thrice has been a staple in the alternative/modern-rock world for over fifteen years. A band known for effortlessly and continuously releasing groundbreaking records, their discography has sold over a 1.5 million copies, and they’ve toured the world with acts like The Deftones, Coheed & Cambria, Rise Against, Circa Survive and Brand New. Thrice released their first proper full-length, Identity Crisis, in 2001 and quickly stormed to the forefront of the indie music scene as listeners rejoiced and formed what can only be described as a cult following. The band went on to release seven highly praised albums – fan favorites The Illusion Of Safety (2002), The Artist In The Ambulance (2003) and Vheissu (2005), the brilliant and eclectic four-part concept album The Alchemy Index: Fire and Water (2007) and Earth and Air (2008), the visceral and raw masterpiece, Beggars (2009), and a grunge-inspired follow-up album, Major/Minor (2011). After a three-year break from writing and touring, the Southern California quartet are back with their first studio album in almost five years.
back to top