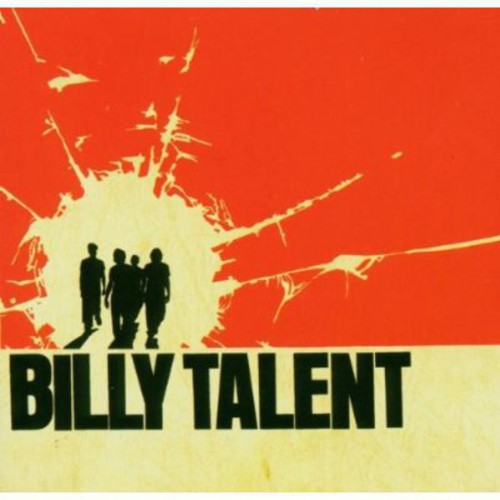 Having toured with such like-minded artists as Buzzcocks, as well as performing at the legendary Lollapalooza Tour on the second stage the four man Punk Rock 'n' Roll band known as Billy Talent have secured a reputation as one of today's most vital new combos. Their self-titled Atlantic Records debut features 12 surging songs that capture the band's distinct sound; whiplash riffs memorable melodies, and potent lyrics, all marked by singer Benjamin Kowalewicz's searing vocal delivery. From the markedly off kilter hooks of the album's unforgettable first single, "Try Honesty," to the moody rock of "Nothing to Lose" to the charging "Living in the Shadows", Billy Talent displays a remarkable young band expressing profound emotional truths with an arresting lyrical urgency and a salient musical intensity.

''Billy Talent'' is the second full-length album of Canadian band Billy Talent, after their first, ''Watoosh!'', was released under their old name of ''Pezz'' in 1999. ''Billy Talent'' was certified 3 times platinum in Canada in January 2007. The album was nominated for Best Rock Album at 2004 Juno Awards. The album was recorded at The Factory in Vancouver, British Columbia. - Wikipedia