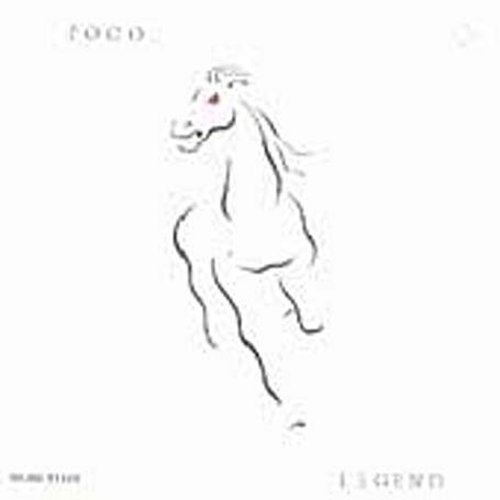 Who knew that in '78, a decade after they formed, Poco would deliver the biggest album of their career? Legend hit #14 and sent the songs Crazy Love and Heart of the Night to the charts; also here: Spellbound; Little Darlin', and more country-rock gems!

After ABC Records cancelled the release of Poco's planned 13th album ''The Last Roundup''. the three remaining members of the band agreed to take a break. Rusty Young and Paul Cotton formed a new group called the Cotton-Young Band and prepared this album as a duo. However, ABC acquired the album and then decided to continue to use the name "Poco" for the band. When the album became successful, Poco drummer George Grantham found himself forced out of Poco without ever having quit the group.

"Crazy Love" and "Heart of the Night," written and sung by Young and Cotton respectively, become the group's two biggest hits to date. After "Crazy Love" was released as a single, ABC Records was acquired by MCA Records, and the record's stunning commercial success was attributed by some to the efforts of ABC's promotional staff to prove their value to MCA. Meanwhile, the band started to stray from its distinct country rock sound, heading towards a more mainstream, commercially-applauded soft rock and pop sound. Other noteworthy album cuts were "Spellbound," "Little Darlin'," "Legend," and "Barbados," the latter being the inspiration for the (at the time) yet to be released Beach Boys comeback hit "Kokomo".

The cover art was done by a then-unknown but promising graphic artist, Phil Hartman. - Wikipedia