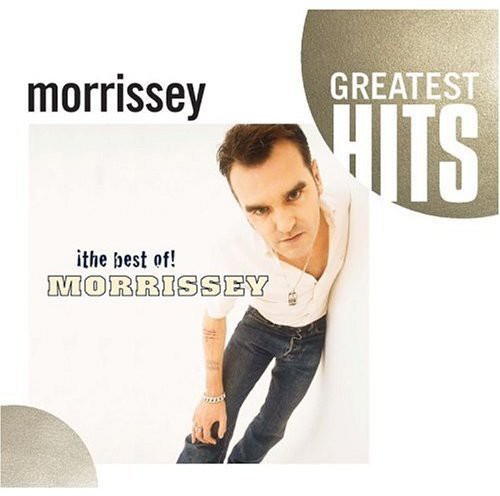 The Best Of Morrissey
Artist: Morrissey
Format: CD
New: Not on Hand, let us get it for you...
Wish

The Best of Morrissey packs a CD with 21 of his biggest hits U.K./U.S. singles and choicest album tracks from his eight solo albums on Sire-Reprise Records. Track listing: " Sing Your Life", " I Get ", " Sunny", " Tomorrow".

Surely, if The Best Of isn’t the finest LP produced by a Smith sincetheir premature demise, then that honor falls to 1988’s sparkling VivaHate, Morrissey’s solo debut. That period is well-represented hereby two classic singles, “Every Day Is Like Sunday” and “Suedehead,”and three wonderful b-sides, “Hairdresser on Fire,” “Sister I’ma Poet,” and “Disappointed.” All sheer bliss. But even afterthe departure of distinctive Durutti Column guitarist Vini Reilly and key Smiths/VivaHate engineer and solo songwriting partner Stephen Street, Morrissey keptthe intensity, clever lyrics, pop tunes, and inspiration coming through a barrageof credible LPs and singles that perpetuated his cult phenomenon. After sevenyears of disillusionment, it’s been easy to forget how powerful such dazzlingwonders of the Your Arsenal and Vauxhaul and I era as “NowMy Heart Is Full,” “Tomorrow,” “We Hate It When Our FriendsBecome Successful,” the glam-stomper “Glamorous Glue” and romantic“I Know It’s Gonna Happen Someday” remain. Mea culpa.

They’re so frightfully catchy, one is already hooked before Morrissey’svocal and lyrical emotional sweep and grasp penetrate like a sword, piercingthe heart with an empathy unmatched by any singer of the last two decades. Theunrivaled wit and humor is so hopelessly entwined, he’s like Noel Cowardand his hero Oscar Wilde combined. Rarely has an LP filled with material I knewby heart caused me to play it over and over again like this. Even the few inspiredtracks from the last two LPs, 1995’s Southpaw Grammar and 1997’s Maladjusted,“Alma Matters” and “Do Your Best and Don’t Worry” (thoughwhere is “The Boy Racer” and “Boxers?”) are welcome, iflesser joys.

In the end, Morrissey’s own recalcitrant brooding, paranoid isolation,bad sportsmanship, and stubbornness in not firing a shoddy backing band arethe forces behind his career decay—at least musically and spiritually.But it shouldn’t blind us to the sheer outright brilliance of what he gaveus from 1983-1995—and may yet again.