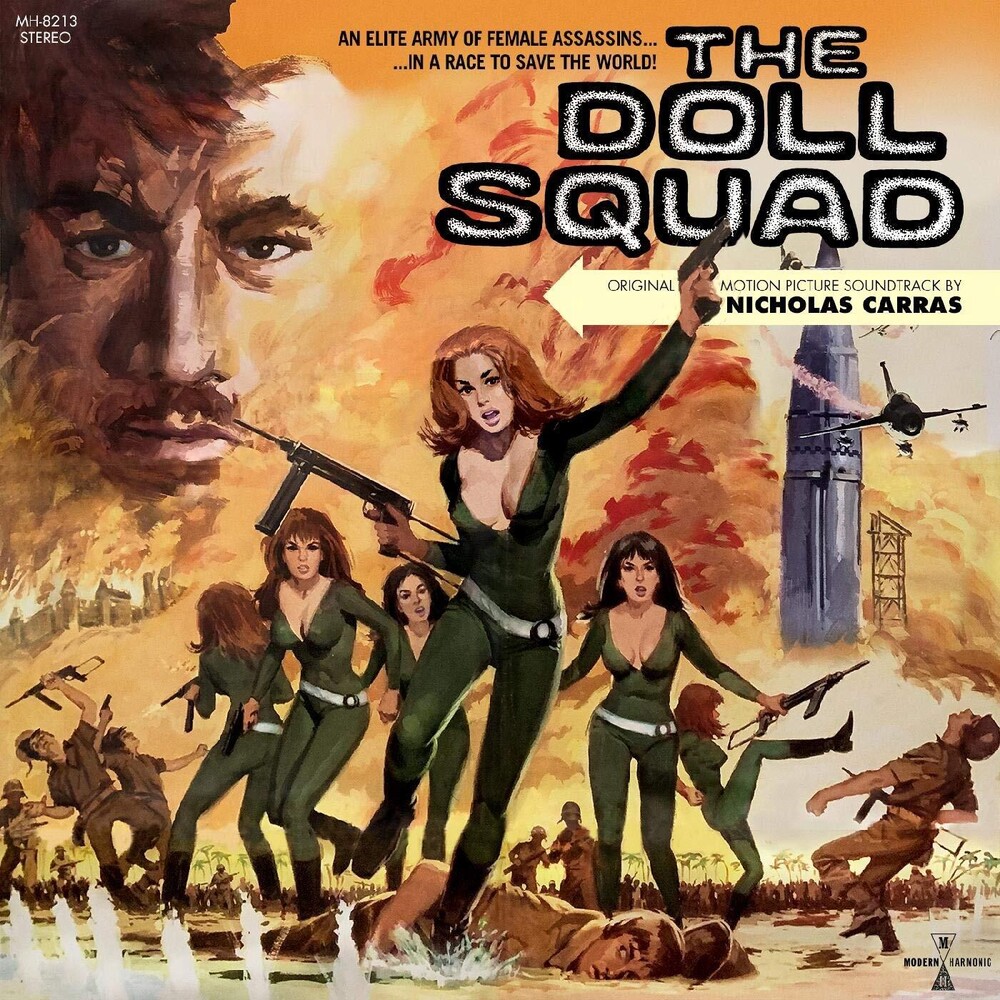 The Doll Squad Original Motion Picture Soundtrack (TRANSPARENT GREEN VINYL) by Nicholas Carras - Bass, organ, wah wah, va-va-voom! The alleged inspiration for the hit television series Charlie's Angels, Ted V. Mikels' '73 spy thriller looks much better than it has any right to, with brash color, gorgeously attired babes, and some visually appealing shooting locations. Composer Nicholas Carras' score for the film provided the perfect mix of Big Band, 1960s James Bond, and 1970s 'wacka-wacka' funk filtered through the mind of a son of Greek immigrants. On vinyl for the first time, and including a DVD of the entire film with a special Modern Harmonic edit made to sync with the LP! The Doll Squad is probably writer/director/editor/producer/special effects technician/etcetera Ted V. Mikels' most mainstream film, as he clearly had commercial intentions for his 1973 escapist action flick. The plot doesn't make you think too much, other than thinking about a bevy of voluptuous women who kick, shoot, and kill evil males bent on taking over the world. Exploitation doesn't get any better than this! Carras composed a rousing score using an augmented jazz band featuring brass, woodwinds, percussion, piano, organ, electric guitar, and a few electronic devices to manipulate some of the sounds. This ensemble provided everything from seventies action music with wah-wah guitar to lovely melodies accentuating the gun-toting lovelies.