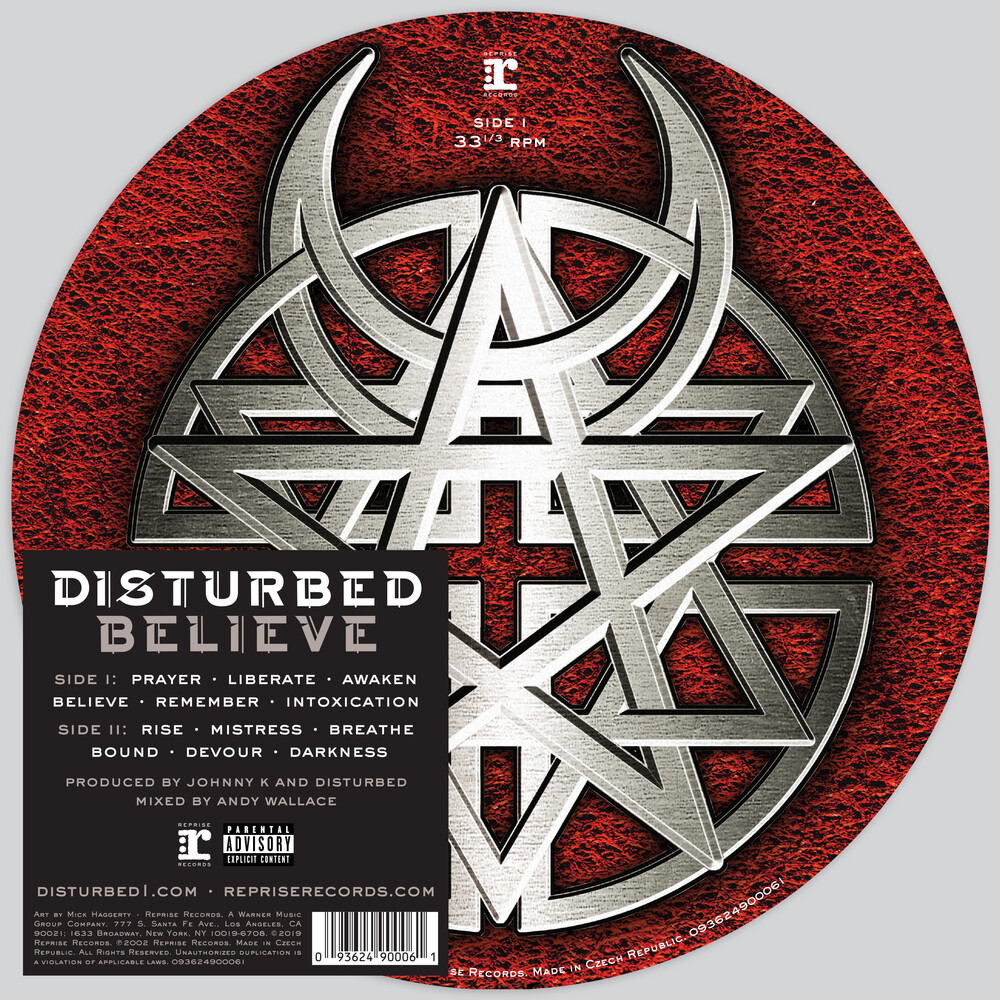 Limited picture disc vinyl LP pressing. Believe is the second studio album by heavy metal band Disturbed, originally released on September 17, 2002. Produced by the band and Johnny K, it focuses heavily on religious and spiritual themes inspired by recent tragedies. With greater emphases on melodic dynamics, it also demonstrates a broadening in the band's musical range compared to their 2000 debut The Sickness. Believe debuted at #1 on the US Billboard 200, making it Disturbed's first #1 debut, selling over 284, 000 copies in it's first week of sales. Three singles were released from the album: "Prayer", "Remember", and "Liberate".