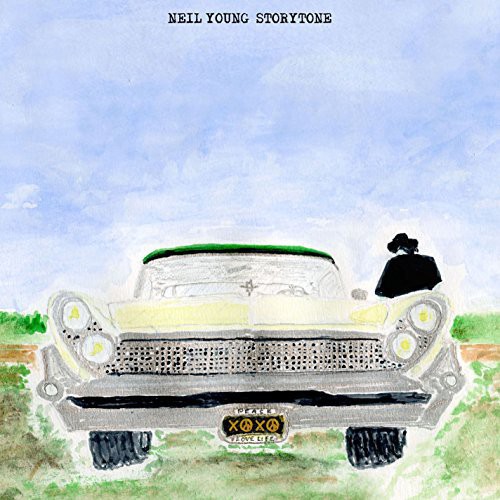 Storytone [Deluxe]
Artist: Neil Young
Format: CD
New: Not on Hand, let us get it for you... Used: Available In Store $12.99 Buy
Wish

Neil Young's first ever orchestral album. Storytone was recorded with a 92-piece orchestra and choir, fulfilling Neil's life-long dream to record with an orchestra that performed in the same room with him as he sang. The album is very personal for Young in terms of its lyrical content, as well as the mood and setting of the songs and the way they were recorded with particularly pristine sound quality. Storytone is available as a single-disc orchestral album or as a deluxe double-disc version, which contains the original album plus solo renditions of the same songs.