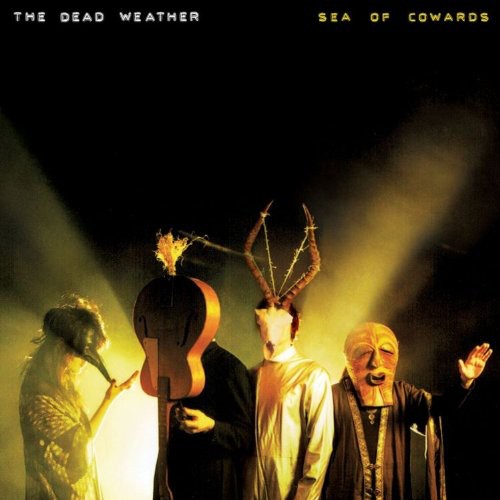 Sea of Cowards
Artist: The Dead Weather
Format: CD
New: Not on Hand, let us get it for you...
Wish

'Sea Of Cowards' is a robust and vigorous second act, filled with primal, bone quaking rock rhythms and the same stellar urban blues and throbbing sleaze as its predecessor; but this time The Dead Weather push their sound even further, brilliantly building upon their raw chemistry to create the most vital sounding album you'll hear all year.

''Sea of Cowards'' is the second studio album by the American alternative rock band The Dead Weather. It was first released on May 7 in Ireland, then on May 11, 2010, in the U.S. and May 10 in the United Kingdom.

The album was streamed on the band's website, via continuous vinyl playback, for a period of 24 hours from April 30 to May 1. It was subsequently available for streaming on various media streaming websites such as National Public Radio and KCRW.

Jack White explained the album title to ''The Sun'': "The album title refers to the way the internet allows people to spit venom and knock people in a cowardly way using fake names. It seems to me that people aren't teaching this generation anything about responsibility.

The internet allows people to make a statement that the whole world can read and listen to-but they're too much of a coward to leave their actual name." - Wikipedia