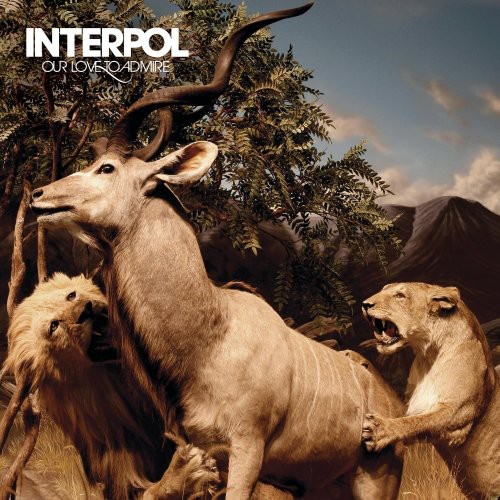 After a 3-year wait, Interpol return with their third album. Interpol have taken a grander approach with Our Love to Admire, encompassing arrangements of more paramount proportions than captured by the usual 4-person band.

''Our Love to Admire'' is the third studio album by the American post-punk revival band Interpol, released July 10, 2007 on Capitol Records. Recorded at Electric Lady Studios in Greenwich Village and The Magic Shop Studios in New York City, the album is the group's first to be released on a major label. On 25 April 2007, the band officially announced the album title as ''Our Love to Admire'' as well as the track listing. The first single off the new album, "The Heinrich Maneuver", was released on 7 May 2007. The album has received mostly positive critical response of 70 overall at Metacritic.