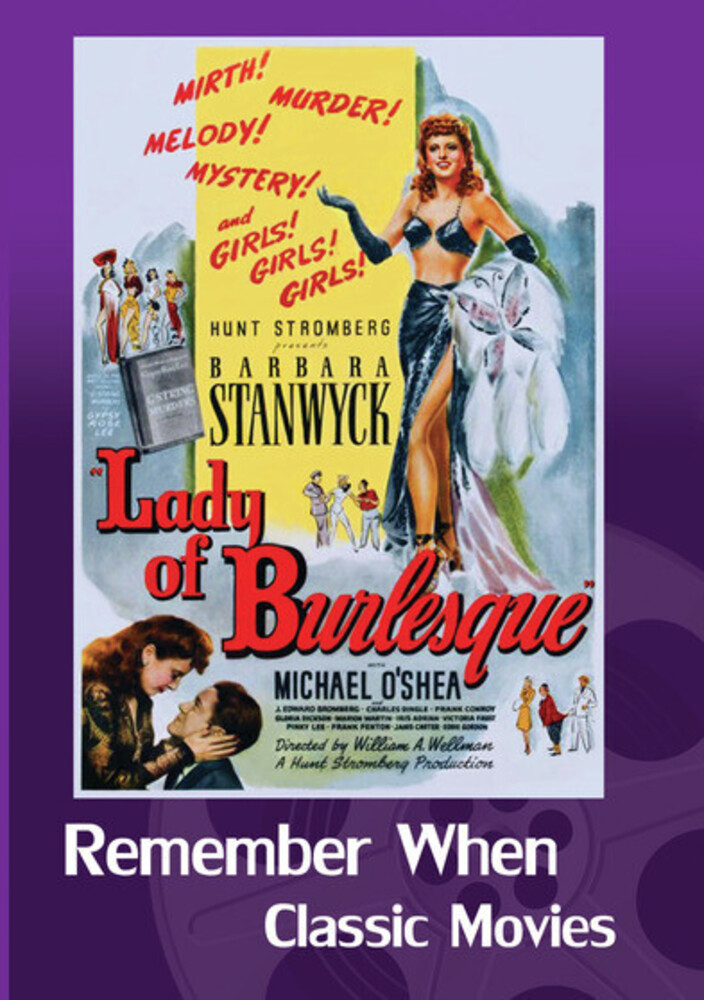 Lady of Burlesque (also known as The G-String Murders), stars Barbara Stanwyck (Dixie Daisy), and Michael O?Shea (Biff Brannigan). Based on the novel about a strip tease queen known as Gypsy Rose, the story revolves around the murder of two strippers in a New York burlesque club who were strangled with their own stage costumes. Dixie had developed a bitter rivalry with some of the other dancers, and when these two murders take place, the evidence points to her as the prime suspect. With the help of infatuated stand-up comic Biff Brannigan (Michael O'Shea), Dixie becomes an amateur detective, working together with Biff to uncover the real killer's identity. Dixie is determined to find the killer before she becomes his next victim. The movie includes some musical numbers performed by Barbara Stanwyck. The film's music was nominated for an Academy Award for Best Score. Murder, mystery, and sensuality make this a great classic! Don?t miss this one!