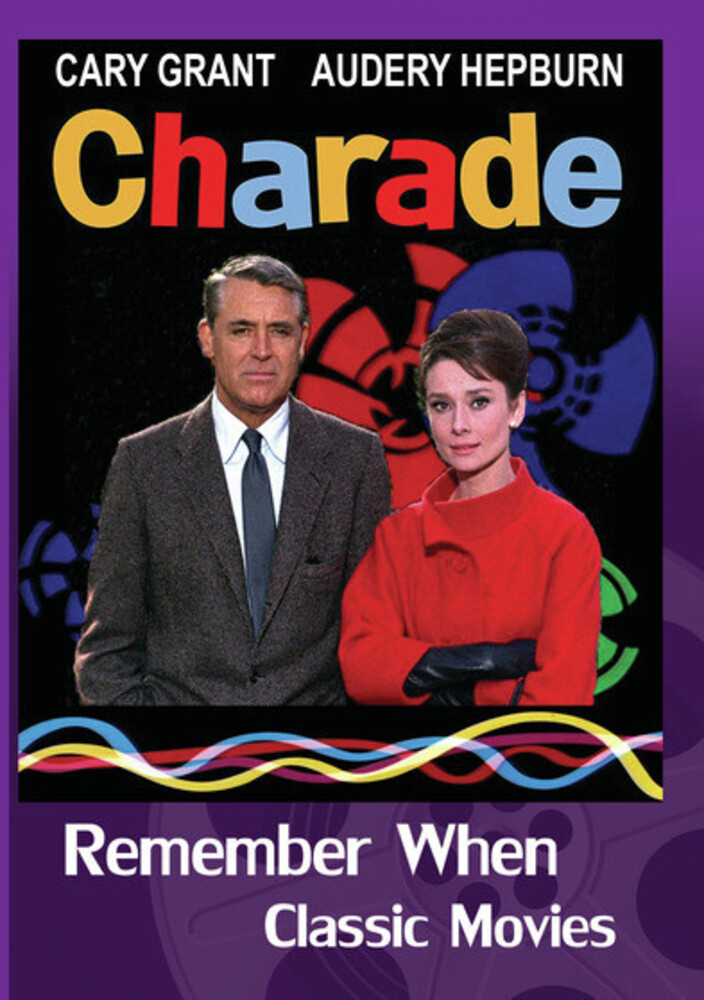 Charade is a 1963 American romantic comedy mystery film starring Cary Grant, Audrey Hepburn, George Kennedy, Walter Matthau, and James Coburn. Filmed on location in Paris, the film is noted for it's score and theme song by Henry Mancini. While on holiday, Regina 'Reggie' Lampert (Audrey Hepburn), tells her friend Sylvie (Dominique Minot) that she has decided to divorce her husband Charles. Reggie also meets a charming American stranger, Peter Joshua (Cary Grant). On her return to Paris, Reggie finds her apartment stripped bare. A police inspector notifies her that her husband Charles sold off their belongings and was then murdered. Reggie is given her husband's travel bag, containing a letter addressed to her, a ticket to Venezuela, passports in multiple names and other items. At Charles's wake three men show up with each of them testing Charles's body to make sure he is dead. Reggie is summoned to meet CIA administrator Hamilton Bartholomew at the U.S. Embassy. She learns that Charles and three other men were to deliver $250,000 in gold to the French Resistance, but instead they stole it for themselves. The three men are now after the stolen money and insist that Reggie has it, even if she does not know where it is. Peter (Cary Grant) locates Reggie and helps her move into a hotel. The three criminals each threaten her, convinced she knows where the money is. Murder ensues when two of the criminals are found dead. Peter (Cary Grant) takes on several fake identities to assist Reggie, although Reggie is frustrated by his dishonesty, she still finds herself trusting him. More twists and turns ensue in this intriguing plot, but you will have to watch the entire film to see how this masterpiece of a movie ends. This is a brilliant movie with superb actors and one which you will not soon forget!