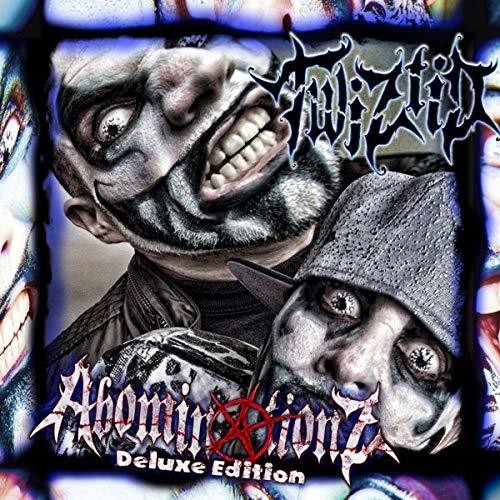 Deluxe edition including bonus tracks. Abominationz is the ninth studio album by Twiztid, originally released October 22, 2012. The album was their last release under Psychopathic Records, as they left the label following it's release. Abominationz was predominantly produced by Strange Music in-house producer Seven. Featured guests on the album include Royce da 5'9" and Insane Clown Posse. This juggalo classic is finally available once again, this time containing both bonus tracks Monoxide's "Sux 2 B U" and Madrox's "Return Of The Pervert" - previously only available on each of their versions of the album.