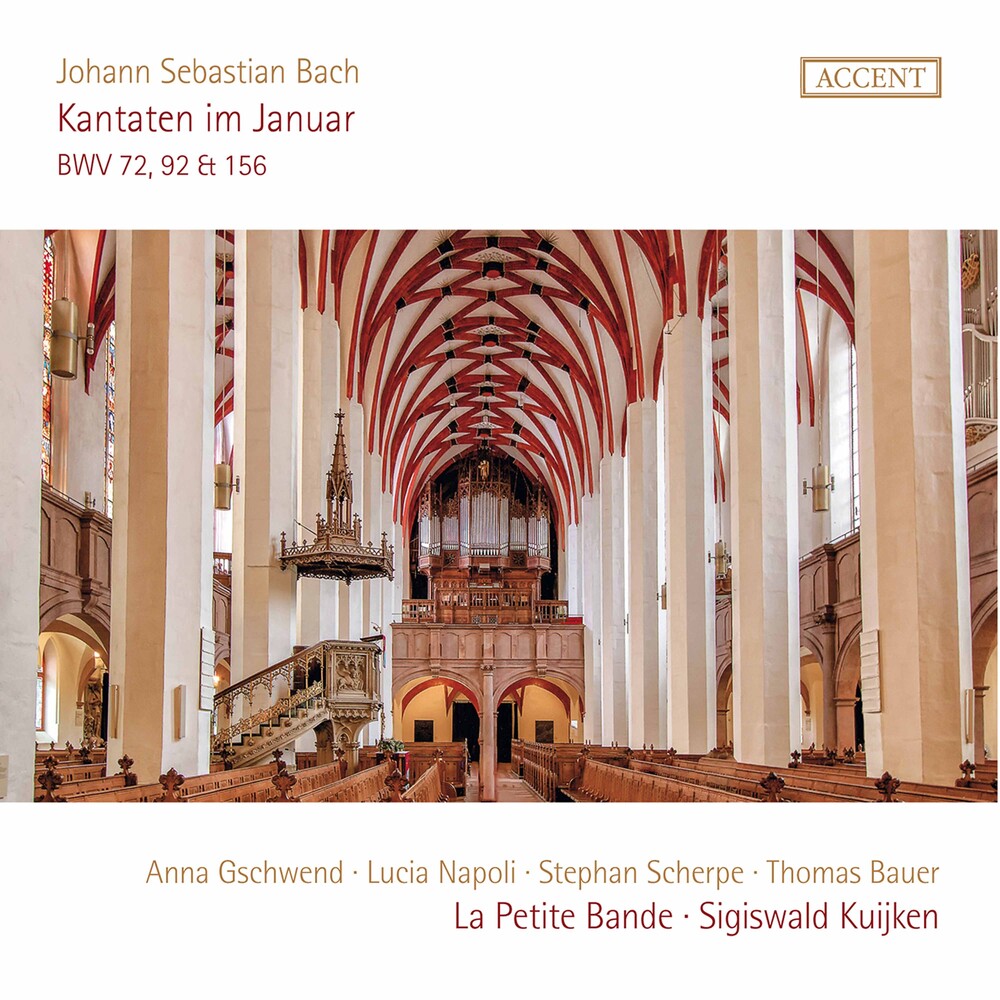 Kantaten Im Januar
Artist: La Petite Bande
Format: CD
New: Not on Hand, let us get it for you...
Wish

Even after the completion of the highly praised Bach cantata series, which was released between 2004 and 2014, and in which La Petite Bande recorded cantatas for every Sunday of the liturgical year, Sigiswald Kuijken still does not let go of his great passion for Johann Sebastian Bach. He turns once again to the cantatas and presents on his new recording three works that Bach wrote for the end of January and the beginning of February, and that he performed in Leipzig at St Thomas' Church between 1725 and 1729. Two of these cantatas - BWV 72 "Alles nur nach Gottes Willen" (1726) and BWV 156 "Ich stehe mit einem Fuß i'm Grabe" (1729) - were composed for the third Sunday after Epiphany, and the other one - BWV 92 "Ich hab in Gottes Herz und Sinn" (1725) - for the Sunday Septuagesima, i.e. for two weeks later. Kuijken remains true to his performing decisions for the cantata series: all instrumental and vocal parts are occupied only by soloists, which results in a very transparent sound and makes the structures and layers of Bach's sometimes highly complex works always easily audible.