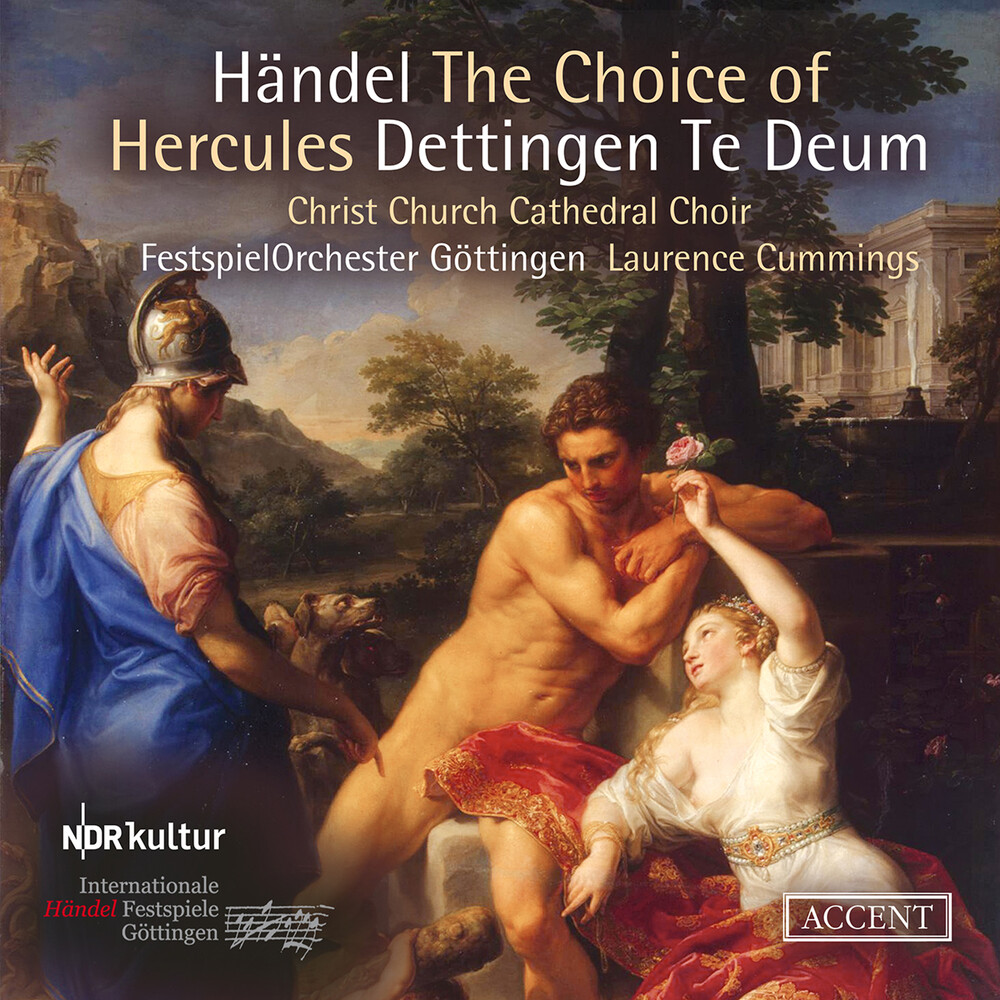 This recording from the 2018 GĂ¶ttingen Handel Festival presents two rarely heard works by George Frideric Handel: "The Choice of Hercules" and the "Te Deum for the Victory of Dettingen". In "The Choice of Hercules" from 1751, Handel musically processes the mythical theme of Hercules at the crossroads, whereby Hercules' vacillation between virtue and lust is ideal for the back and forth in the search for the right path in life. The "Dettingen Te Deum" (HWV 283) is a cantata composed by Handel in 1743. On 27 June 1743, the British army and it's allies under the command of King George II had defeated the French army at the Battle of Dettingen. Handel was commissioned to write a Te Deum "with timpani and trumpets" for the victory celebrations. Laurence Cummings, the Handel Festival Orchestra, outstanding soloists and the legendary Christ Church Cathedral Choir from Oxford provide the successful performance.
back to top