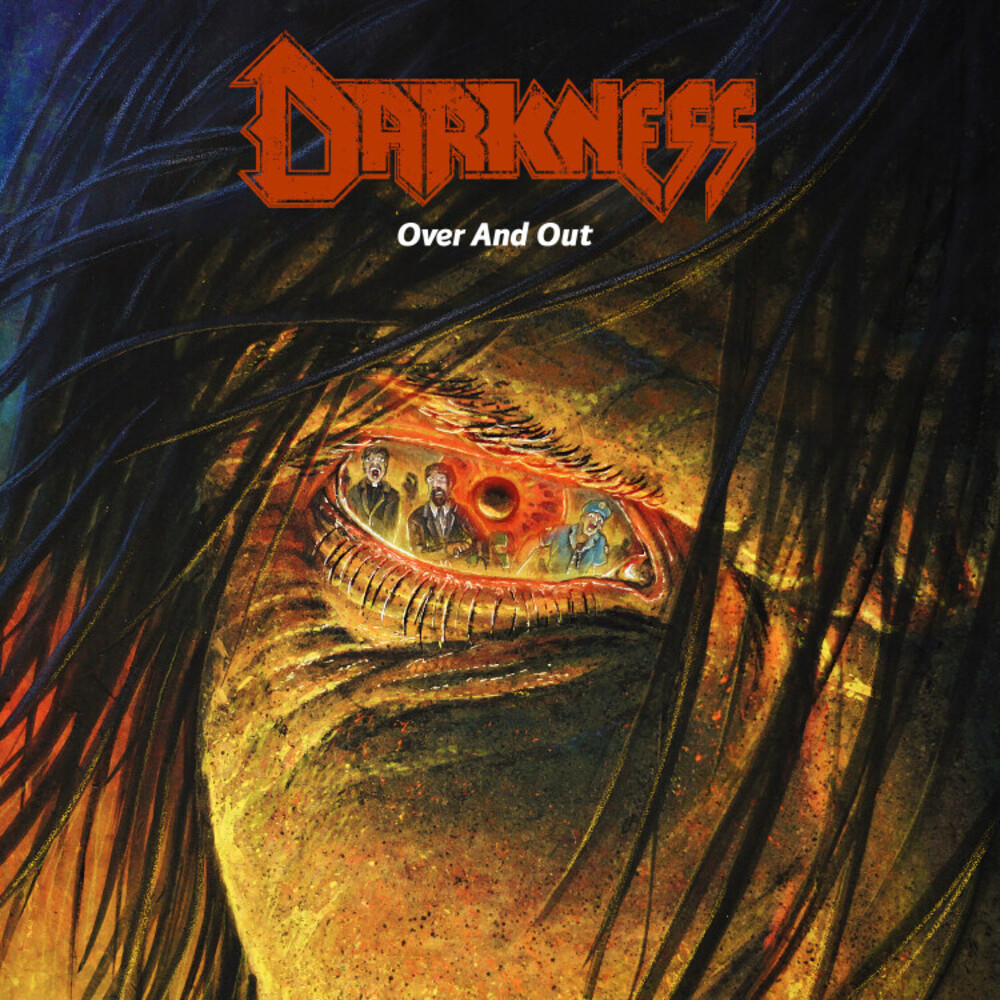 Over & Out
Artist: Darkness
Format: Vinyl
New: Not on Hand, let us get it for you...
Wish

"Over And Out" marks a special release for DARKNESS, as it combines old songs with new material, unites the good old days with what may come next; true to the motto: something old, something new, something borrowed and something blue: There are 7 songs on the album; 7 songs that symbolize what DARKNESS stood for in the past and what the band will look like in the future. 7 songs that cast their shadows on the upcoming 7th album. Two already known songs from the Eighties are presented in a new musical shape. A track from the band's first album comes as an unplugged version and it goes without saying that the former, still living band members had to be part of this. The live version of another song - recorded in Osaka, Japan - features the brutal and overwhelming live performance of the thrash veterans Furthermore, DARKNESS recorded a cover version to pay tribute to the heavy metal of the good old days. Introducing the new bass player Ben in his first recording with the band, three brand new songs lift the Teutonic thrash commando up to a higher musical level. "Over And Out" is new and innovative without betraying the roots or losing the spirit of the band.