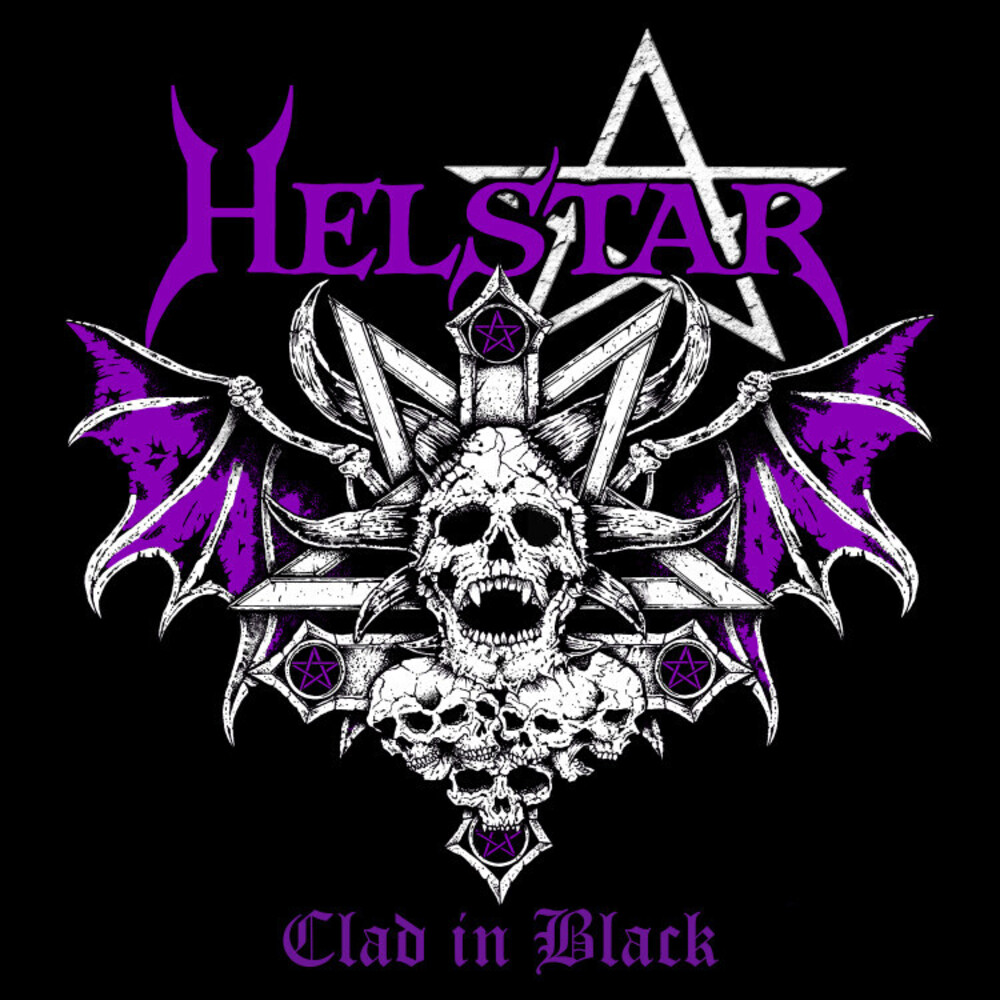 Helstar already gave you a first glimpse at this new release with the "Black Wings Of Solitude" 7" which is available since October 2020 - but now it's time for the Helstar to go for your throats! The digipak version of "Clad In Black" includes 2 CDs: The first CD includes both songs from the already released 7" as well as two more new songs and additional killer cover versions to sink your teeth into. The second CD includes the band's previous studio album "Vampiro" in it's entirety."Vampiro" is a concept album about Dracula and other bloodsucking creatures, and it's no surprise Helstar touched on the topic again - after the release of "Nosferatu" in 1989 - with James being fascinated by and interested in vampires ever since. James comments:"Let's face it: The vampire world is bigger than it ever was! You can't go wrong when you choose to touch on the subject of the soulless beings with no reflection in the mirror. With the blueish skin, and no pulse with a thirst for nice warm blood who's only enemy is the cross, a wooden stake and the sun!"It's no wonder, Helstar used a reference from Bram Stoker's novel "Dracula" as the title of the new release to tie in the reissue of "Vampiro" with the extended version of the band's previously released 7" single "Black Wings Of Solitude". "Clad In Black" is a reference to Jonathan Harker talking about Dracula after meeting him for the first time, describing him as "(...) clad in black from head to foot, without a single speck of colour about him anywhere".The new songs on the first CD and the connection to "Vampiro" is like peas and carrots: They are living proof the world of the undead is alive and well and will be for timeless centuries to come - and this is just the beginning!