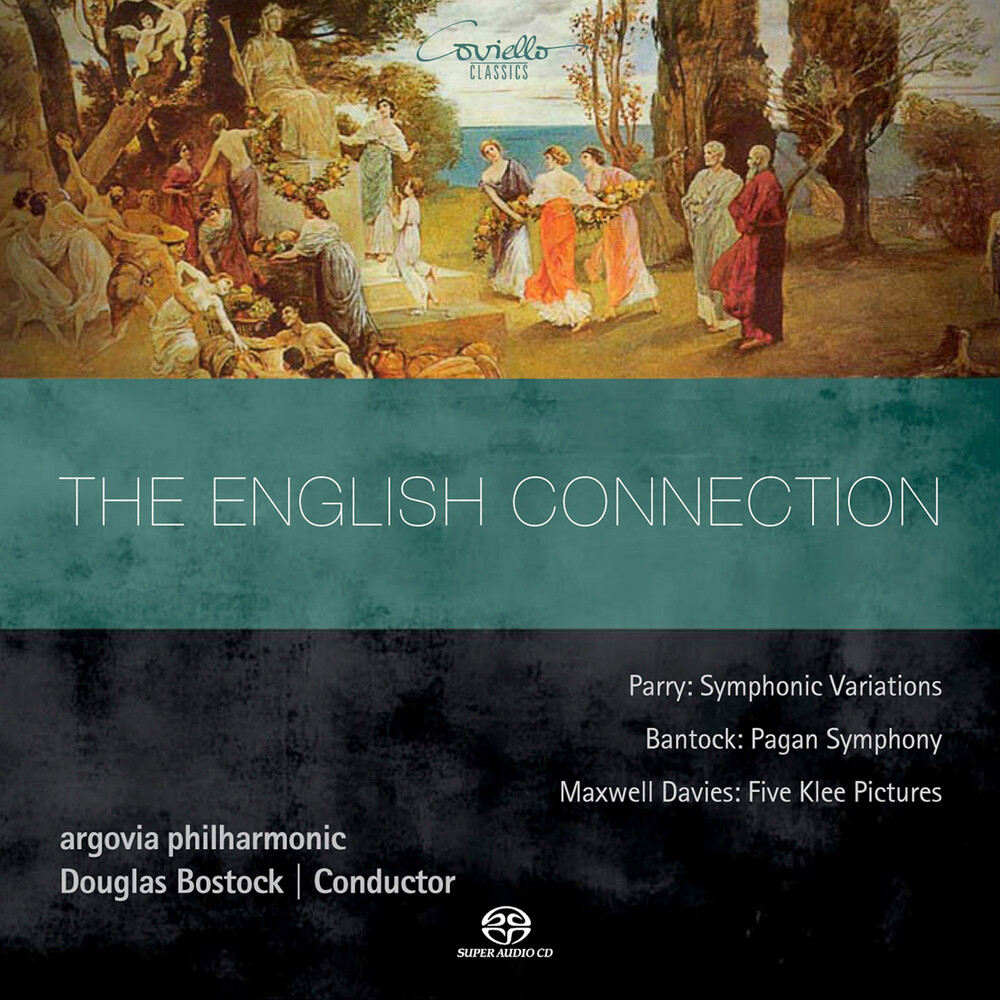 In Hubert Parry's Orchestral Variations he sees "a masterful composition, which is particularly close to my heart, in the tradition of orchestral variations such as those by Brahms, DvorĂˇk and Elgar". Granville Bantock's Pagan Symphony is for him "a truly impressive work that evokes the ancient, mythological world of Arcadia and is unique in it's musical expression". Finally, in Peter Maxwell Davies Five Klee Pictures, "the wonderful paintings fired the composer's imagination to create these idiomatic orchestral miniatures". These are three works that are particularly dear to the heart of British conductor Douglas Bostock; and you can hear this in every moment of his new recording with the Argovia Philharmonic. Three works that exemplify the "renaissance of British music" in the late 19th century and what developed from it in the decades that followed.