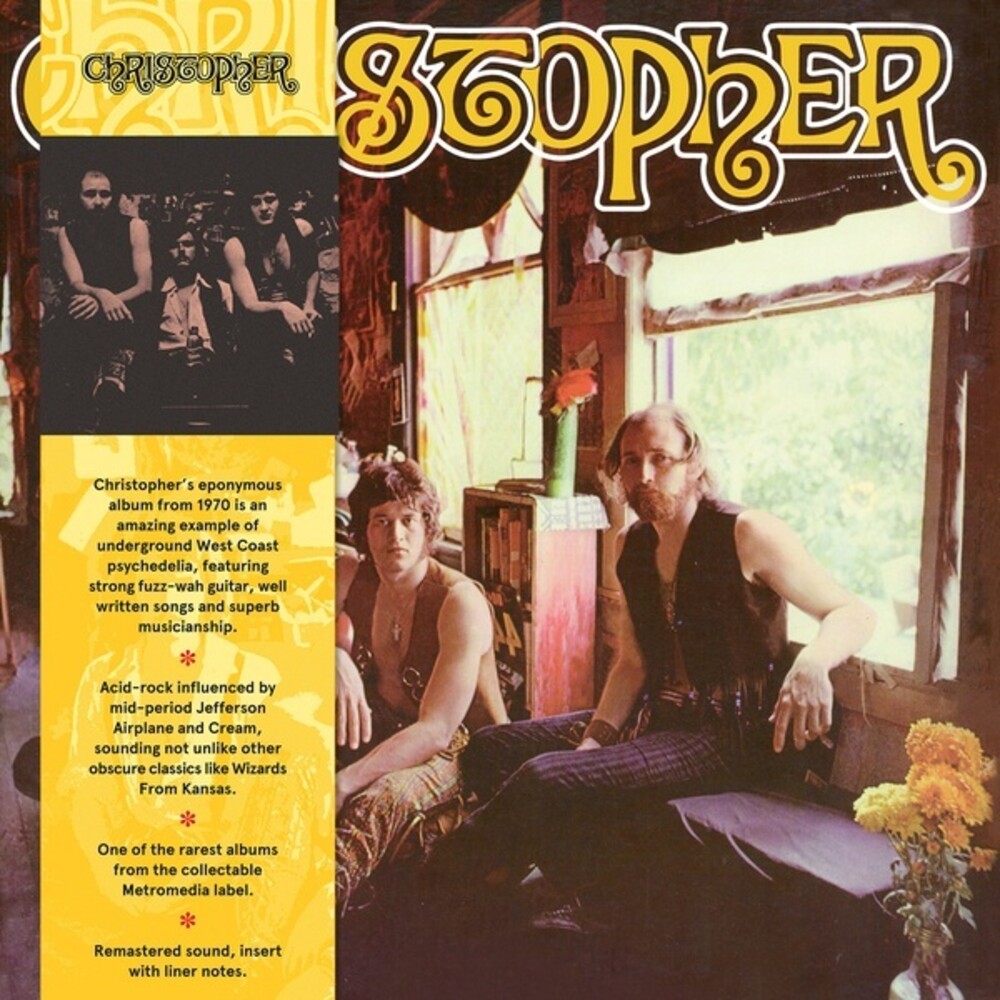 Christopher
Artist: Christopher
Format: Vinyl
New: Not on Hand, let us get it for you...
Wish

Vinyl LP pressing. Out-Sider present a reissue of Christopher's self-titled album, originally released in 1970. The only fully-authorized vinyl reissue of Christopher in the current market. Christopher were an underground acid rock trio featuring future Josefus drummer, Doug Tull. They evolved from United Gas, a psychedelic band from Houston who rubbed shoulders with legends like The 13th Floor Elevators and Moving Sidewalks. After relocating to Los Angeles - where they changed his name to Christopher - they played at numerous biker parties and recorded their sole album in 1970 for the Metromedia label. It's an amazing example of West Coast psychedelia/acid-rock featuring strong fuzz-wah guitar, great compositions and superb musicianship.