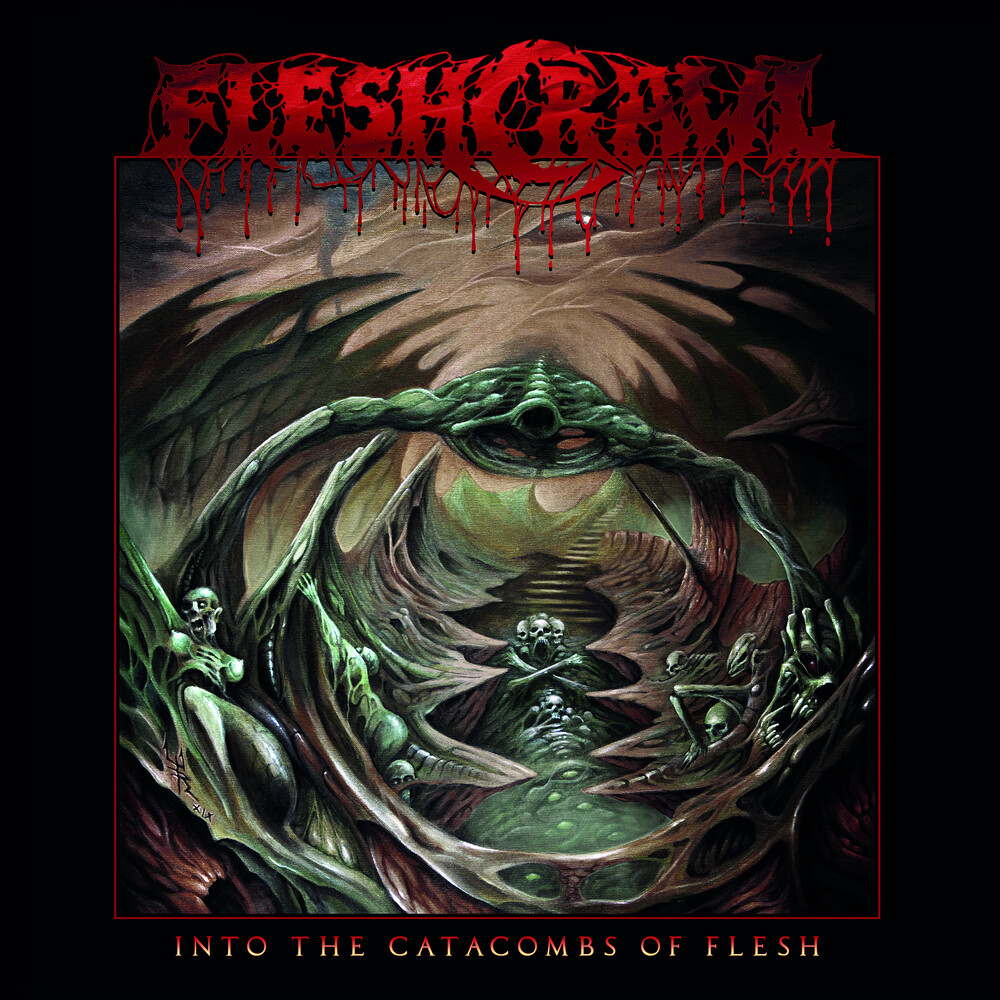 If you read the band names MorgĂ¶th and Suffocation, death metal will immediately storm your ears. Though we are neither talking about the band from Central Germany nor the lads from New York, the genre is absolutely right. These were the monikers, a band from Bavaria (Southern Germany) used before renaming themselves into Fleshcrawl and writing history on their own! Formed in 1987, they started their career as Fleshcrawl by releasing their debut-EP "Lost In A Grave" in 1991. Ever since, they unleashed eight full-length albums as well as several EPs, split-projects, and compilations, while they worked with such renowned sound-experts like Dan SwanĂ¶ (Edge Of Sanity, Bloodbath, Nightingale,... ), Peter TĂ¤gtgren (Hypocrisy, Pain, Lindemann,... ), Achim KĂ¶hler (Primal Fear, Sodom, Amon Amarth,... ), and Pelle Saether (Diabolical, Draconian, MĂĄnegarm,... ). The whole world became their playground: on tour in Europe, Africa or Asia (alongside bands like Deicide, Kataklysm, Cannibal Corpse, Dark Funeral, Hypocrisy, Vader, Vital Remains, Bolt Thrower, Hypocrisy,... ), and in the festival seasons (Summer Breeze, Wacken, Chronical Moshers, Party. San, Eindhoven Metal Meeting, Metalcamp,... ). Now, the time is right to unveil the next bloody chapter in the undying history of Fleshcrawl. "Into The Catacombs Of Flesh" is the first album they release with Apostasy Records. The long-awaited follow-up to "Structures Of Death" (2007) is fulfilled with pent-up rage and more than 30 years of death metal experience. Your appetite for death will be pleased by the uncompromising title-track, the waltzing 'Ossuary Rituals', the downright doomy 'Grave Monger' or the speedy 'Of Frozen Bloody Grounds'.