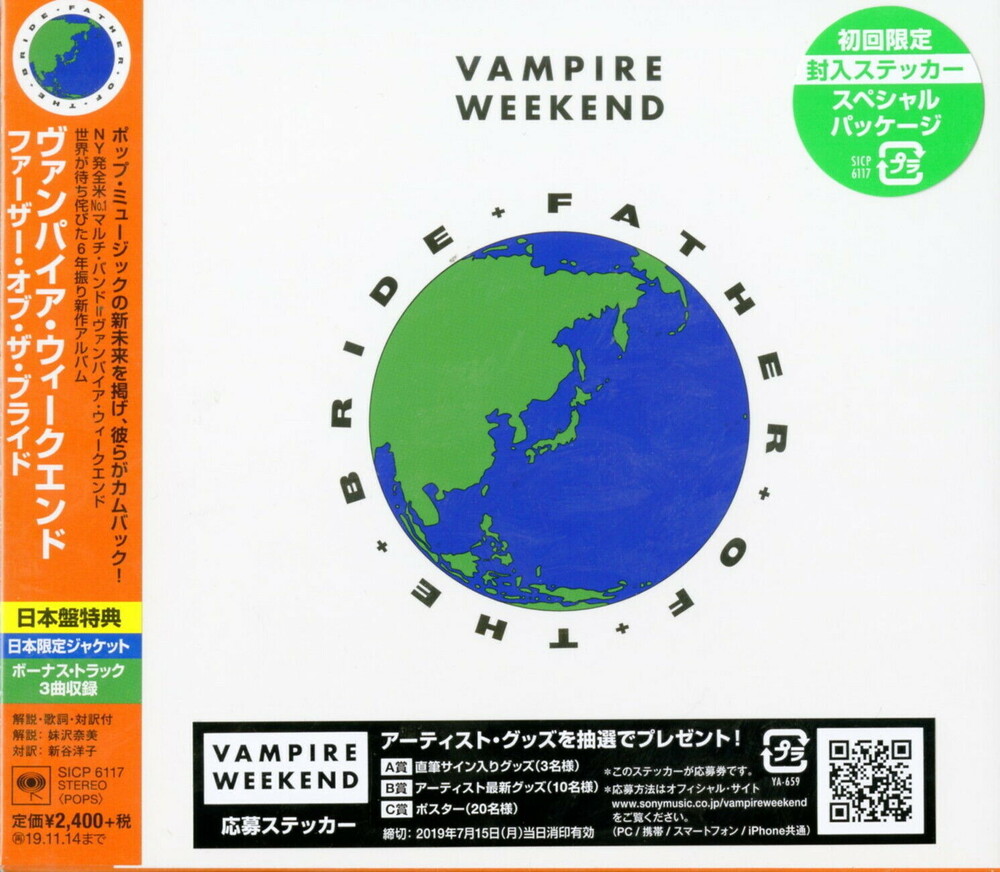 Japanese edition features three bonus tracks; Houston Dubai, I Don't Think Much About Her No More and Lord Ullin's Daughter. Father of the Bride is the highly anticipated new album from Vampire Weekend, and is the band's fourth full length release. It is the follow up to 2013's Modern Vampires of the City, which won the Grammy for Best Alternative Music Album in 2014. Father of the Bride is produced by founding band member Ezra Koenig, and Ariel Rechtshaid (Adele, Madonna, Charli XCX, Usher, HAIM, Solange, and others). The album features 18 songs, including "Harmony Hall," "Big Blue," "2021," and "Sunflower."