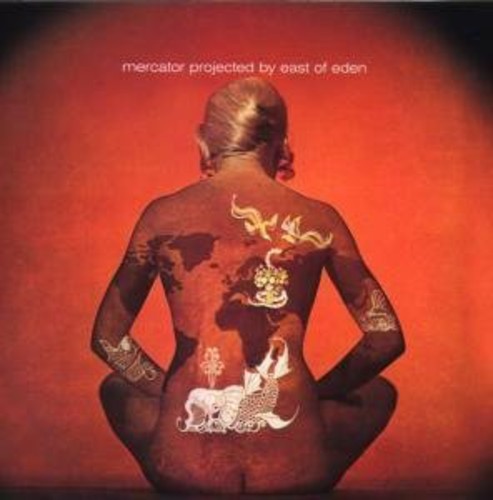 2008 digitally remastered and expanded edition. A milestone in the birth of Progressive Rock, East of Eden's debut album, Mercator Projected has been cited by MOJO Magazine as a minor masterpiece. Released on the legendary Deram label in 1969, the album established East of Eden as a major act, particularly in France, where the band had several Top Ten singles and major album success. An imaginative fusion of Jazz, Psychedelia and World Music, Mercator Projected has been remastered from the original master tapes and features twenty minutes of bonus material, including previously unreleased extended demo versions of 'Waterways' and 'In the Stable of the Sphynx' and East of Eden's take on the Byrds' classic 'Eight Miles High'. All original artwork has been restored and the booklet features many unseen photos.