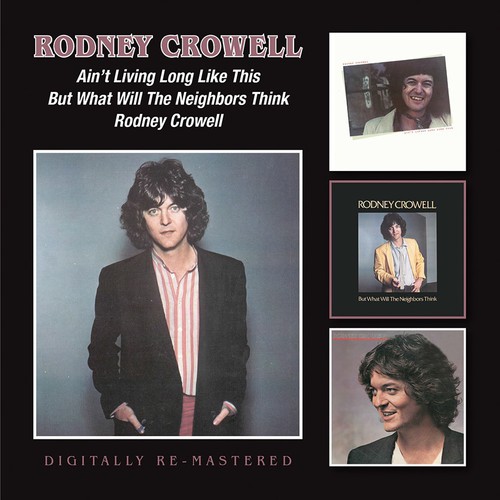 Digitally remastered two CD set containing a trio of albums by the country singer/songwriter - Ain't Living Long Like This, But What Will The Neighbors Think and Rodney Crowell - originally released on Warner Brothers in 1978, 1980 and 1981. The ex-Emmylou Harris Band musician's first album gained great critical acclaim but little commercial success, but the next two made the US Pop and Country charts. Sidemen on the recordings include Vince Gill, Rosanne Cash, Ry Cooder, Albert Lee and Willie Nelson.
back to top