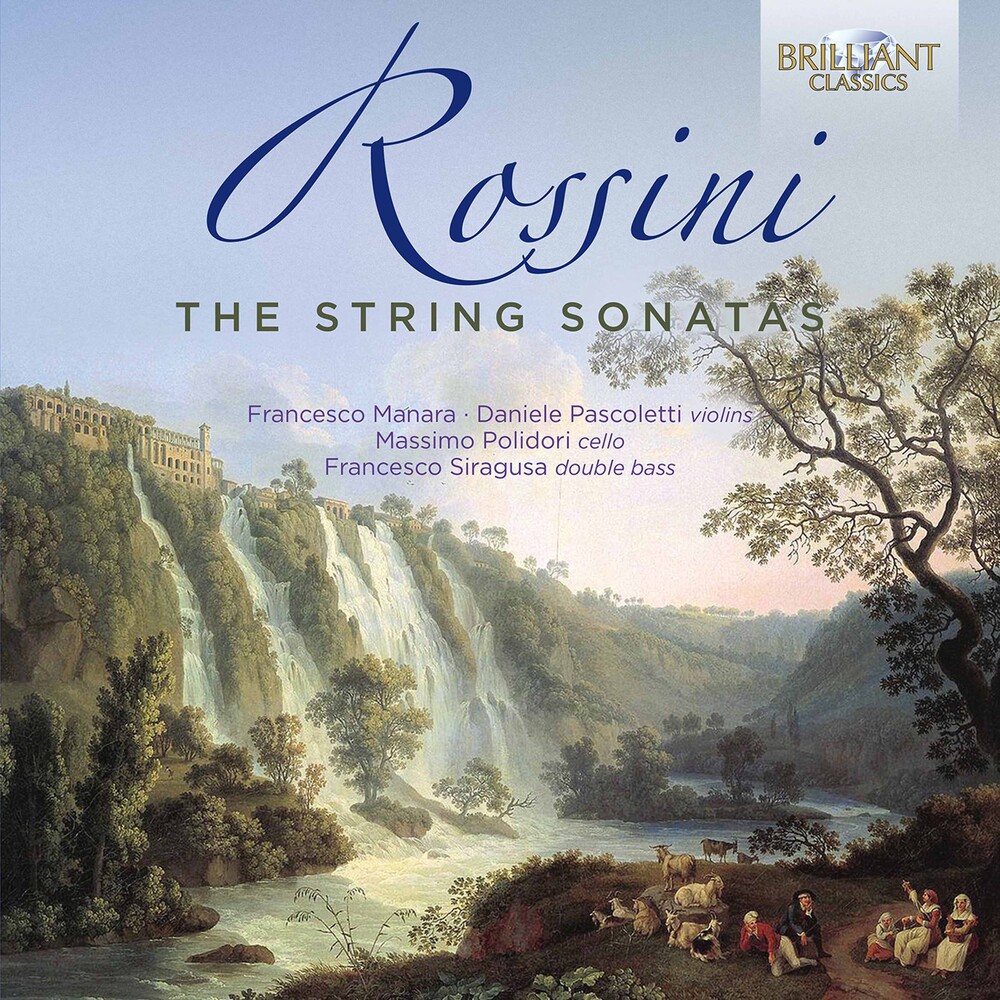 Gioacchino Rossini (1792-1868) was the most significant Italian composer of the first half of the nineteenth century. Born to working musicians - his father was a horn player, his mother an opera singer - his operas, both comic and serious, conquered Maples, Italy and later the rest of the world. His style is sensuous, brilliant and rhythmically vital, a constant source of delight and excitement. Rossini was just twelve years old when during the summer holidays, spent in 1804 at the Conventello in Ravenna estate in the home of the Triossi family, he composed the "Sei sonate a quattro". Rossini had been invited by the young Agostino Triossi, a self-taught double bass player, who had asked him to write chamber music for him and for his cousins Luigi and Giovanni Morini, who used to play the violin and the cello, respectively. After their composition, the tradition of performing them frequently in transcription for string ensembles has established itself, although the performance, according to the original text, (certainly better), highlights the lively dialogue among the instruments. The present recording is played in the original form by four string players, Francesco Manara, Daniele Pascoletti, Massimo Polidori and Francesco Siragusa, in the best Italian tradition of instrumental Belcanto.
back to top