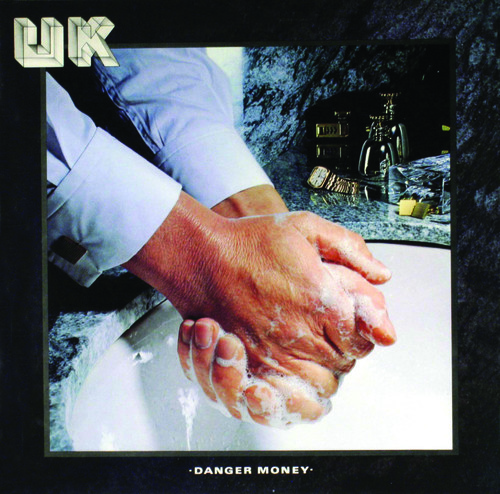 Danger Money
Artist: Uk
Format: CD
New: Not on Hand, let us get it for you...
Wish

Digitally remastered edition. Danger Money is the second and final studio album by the progressive rock supergroup U.K., featuring John Wetton, Eddie Jobson and Terry Bozzio. John Wetton rose to fame with bands Mogul Thrash, Family, King Crimson, Roxy Music/Bryan Ferry, Uriah Heep, and Wishbone Ash. Whilst Eddie Jobson has been a member of several progressive rock bands, including Curved Air, Roxy Music, UK, Jethro Tull and (very briefly) Yes. He was also part of Frank Zappa's band in 1976?77. And Terry Bozzio is best known for his work with Missing Persons and Frank Zappa. The album was released by E.G. Records / Polydor in March 1979. "The Only Thing She Needs", "Caesar's Palace Blues" and "Carrying No Cross" had been performed on tour throughout 1978 (and an early version of "Carrying No Cross" included what became the intro to the title track) by the band's original line-up with Bill Bruford and Allan Holdsworth. "Rendezvous 6:02" and "Nothing to Lose" were both released as singles.