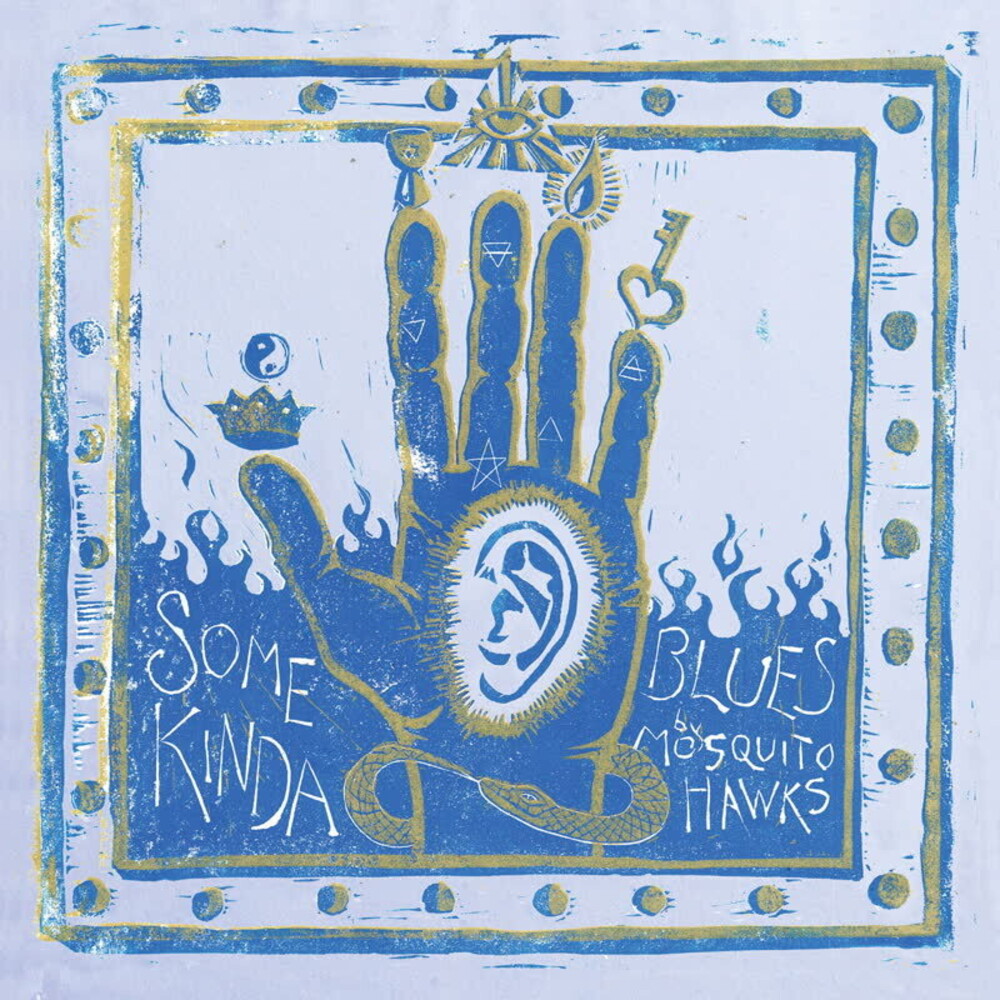 Lucky Brown is the alias and stage persona of American composer Joel Ricci, who conducts myriad combinations of musicians drawn from his Seattle Washington based Westsound Recording Collective in dynamic and spiritual public and private happenings. Via his dozens of self-produced experimental deep funk vinyl singles released by Tramp Records over the past 13 years, he has been hailed by music mavens worldwide as a deep funk pioneer. Deep Blues EP Some Kinda Blues by the Mosquito Hawks is the fruit of a one-off early morning session in a practice room at the Seattle Drum School in 2010 featuring luminaries from the Seattle funk community including fiery guitar phenom Jabrille 'Jimmy James' Williams of Delvon Lamarr Organ Trio renown, versatile drummer Jens Gunnoe and dynamic bass player Bob Lovelace. Rounding out the horn section is longtime friend and collaborator Thomas Deakin, who's singular tenor tone will be familiar to owners of the Space Dream and Mystery Road records. A tantalizing glimpse of the session was released by Tramp as a single under the name T.D. & The Jimmy James 3 on the extremely limited edition Mosquitohawk imprint, but this EP offers us time to appreciate the transformative alchemy of the session in it's entirety. The new EP makes room for highlights that just couldn't have been contained on one 45, such as the remaining 7 minutes of brutal jamming of Mosquito Eater, the New Orleans street party shout of Hydrangea and the exalted kind of blues of Some Kinda Blues. On this album, Ricci proves once again that he has developed his own trademark production and sound whose depth and honesty form a basis from which his work will ever remain timeless. Although this is just a 5-track EP we truly hope that the Mosquito Hawks gets at least as much attention as all of Ricci's other marvelous projects he did for Tramp during the past 15 years. Deluxe vinyl LP with authentic 1960s tip-on cover, includes full album download code. Limited to 500 numbered copies!