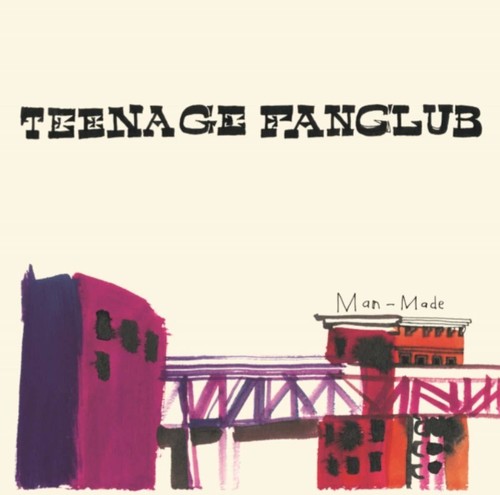 Man Made
Artist: Teenage Fanclub
Format: Vinyl
New: Not on Hand, let us get it for you...
Wish

Limited vinyl LP pressing plus bonus seven inch vinyl single. Man-Made is the eighth album by Scottish alternative rock band Teenage Fanclub, released in 2005. It was released on the band's own PeMa label in Europe and on Merge Records in North America. Teenage Fanclub was founded in 1989 by Norman Blake (vocals, guitar), Raymond McGinley (vocals, lead guitar) and Gerard Love (vocals, bass), all of whom share lead vocals and songwriting duties. In concert, the band usually alternates among it's songwriters, giving equal playing time to each one's songs. Although often pegged as alternative rock, the group have incorporated a wide variety of elements from various music styles in their songs.