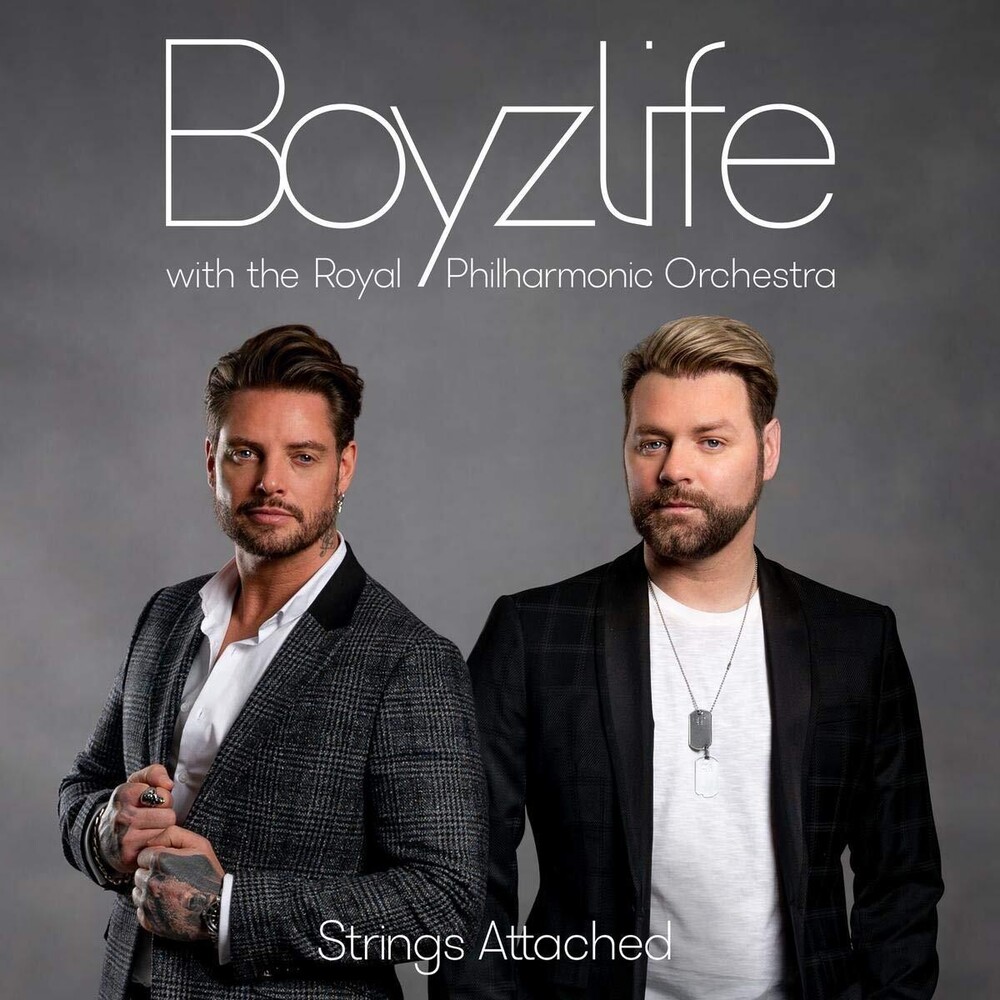 Strings Attached' is the debut album by Boyzlife and features nine UK Number 1 songs from Boyzone and Westlife, performed by Keith Duffy and Brian McFadden and accompanied by the world-famous Royal Philharmonic Orchestra, recorded at Angel Studios in London.Boyzlife is a supergroup comprising of Keith Duffy and Brian McFadden, who previously appeared as members of '90s and '00s boybands Boyzone and Westlife, respectively. With Boyzone, Keith Duffy has enjoyed six UK number one singles and five number one albums. Brian McFadden has enjoyed similar success, including 12 UK and Ireland number ones as a member of Westlife, and a record breaking seven top spots in a row. Since Westlife, Brian has enjoyed international solo success, including a UK number one with 'Real to Me'. Boyzlife have already performed for over 40,000 adoring fans since the pair came together in 2016.