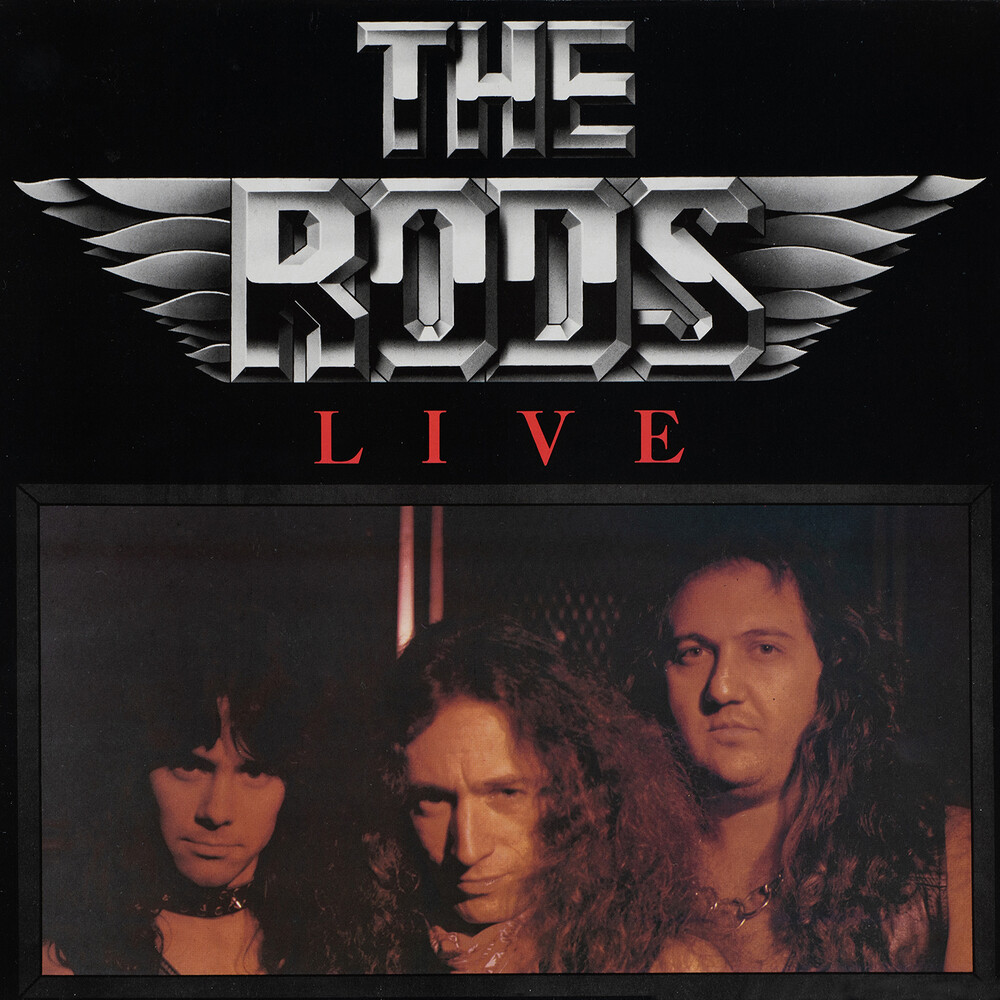 Special Deluxe Collector's Edition / Fully Remastered Audio shaped from 24 BIT digital technology / Bonus Track / 16 page full color booklet - 3,500 word essay, enhanced artwork with previously unseen photos and new interviews. BY THE TIME of this recording The Rods had released three studio albums and completed a widely praised UK tour supporting Iron Maiden. That they were primed and ready to be recorded live was not in question as the band's in-concert prowess was already well documented amongst fans and critics, giving them a well-respected cache in the world of underground hard rock. The time had come then to document the band's ferocious live performances and what better way to get that underway than record a handful of gigs on the American East Coast, a chunk of this record culled from a particularly combustible 1983 opening slot on a gig headlined by Motorhead. Unlike a number of live albums from other bands, The Rods lived and fell by their ability to attack playing live as if their life depended on it, which this album clearly demonstrates. Whether it was due to the lack of funds or simply down to their sheer intensity, the recordings here are utterly spellbinding, displaying a reckless abandon of traditional rock etiquette and laying out a road map to hard rock heaven. Sure, in the cold light of day the songs are tight and brittle but there's a certain hunger that engulfs proceedings, like they were being set alight in a room full of gunpowder. Amazingly, the band refused to offer up a greatest hits/best of selection, choosing instead to feature mostly newly written songs so that their fan base would view it as a legitimate new release and not just a reheated package of previous material. For that reason it was a major achievement, helping to further their reputation - alongside Twisted Sister and Riot - as honorary Stateside members of the British NWOBHM movement.