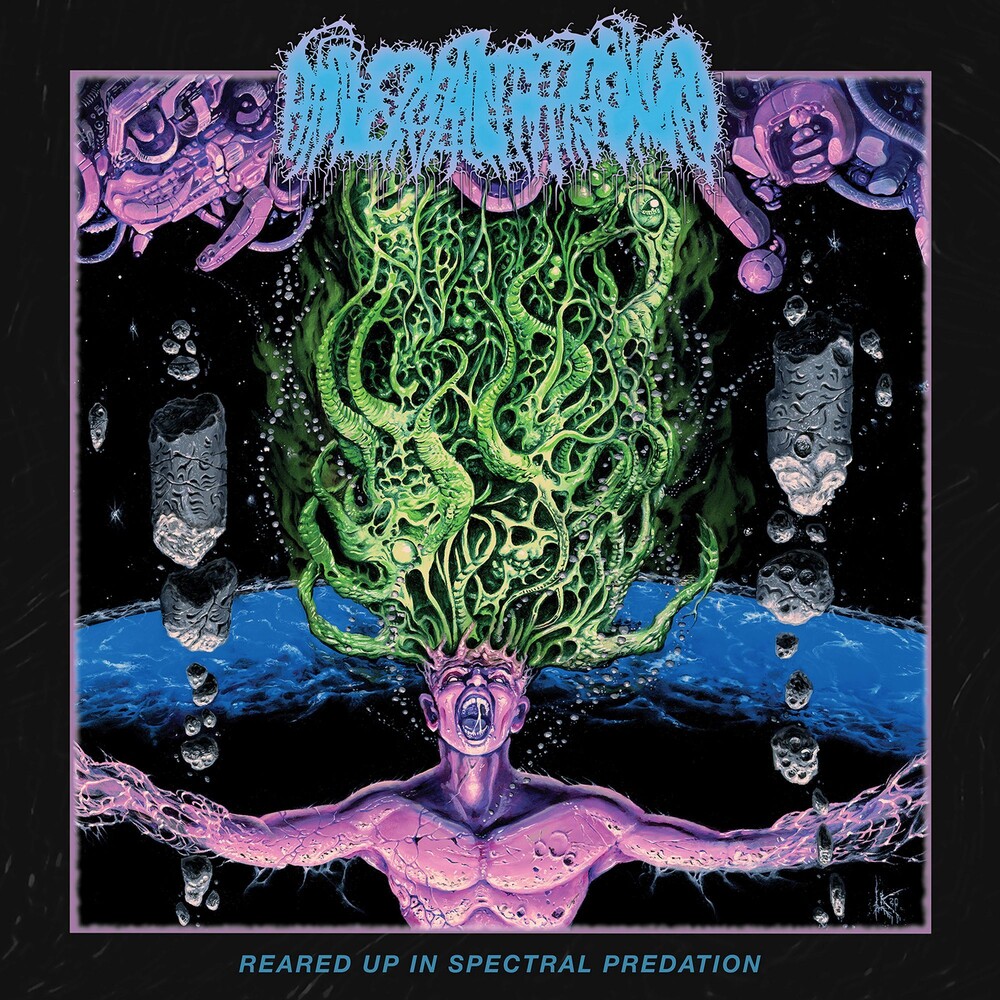 Reared Up In Spectral Predation (Uk)
Artist: Universally Estranged
Format: Vinyl
New: Not on Hand, let us get it for you...
Wish

One of the most exciting new hordes BLOOD HARVEST has come across in recent years, UNIVERSALLY ESTRANGED specialize in sci-fi-drenched death metal of a most malign and mesmerizing order. The band's public debut, Reared Up in Spectral Predation tells it's story with it's psychedelically vivid song titles, or perhaps most vividly, the Technicolor eye-gouge of the album's cover artwork itself. Still, all this is only half the story... With almost alarming fluidity, UNIVERSALLY ESTRANGED here create a sort of death metal that's both cosmically levitational and grossly subterranean. It's throb is thunderous, literally earthquaking, but reveals reverberating echoes across space and time; the riffs are RIFFS, but also striker weirder and wilder than most Death Metal Riffs; an undercurrent of synths or synth-like sounds or not synths at all coil and uncoil and recoil and re-uncoil with a regularity that's random and structured simultaneously; and the songwriting, as a whole, ably bridges down-tempo ooze and slipstream speed alike, with equal emphasis on mangling the mind and lodging deeply within it. Put another way, Reared Up in Spectral Predation is a portal to infinite possibilities, but also an end destination - too frightening and fantastic to behold. The only option is to don one's best spacesuit and plunge right in... or upward.