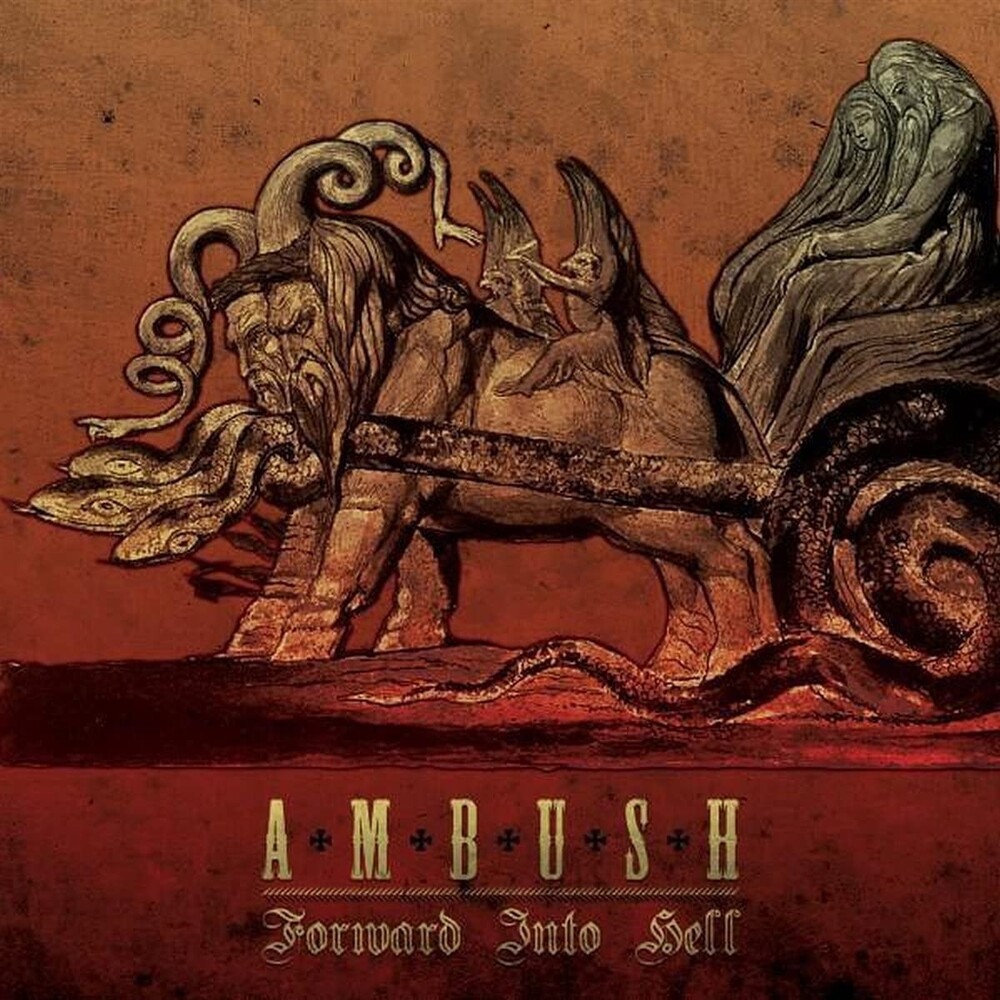 Brutal UKHC from members of Special Move, Taking Names, Six Ft Ditch, BDF, 50 Caliber, Maldito, Beg For Mercy, Awoken and Eviscerate AD. On a cold night in Spring 2007, Ambush was born on a London backstreet. At this stage there was no plan, other than to come up with some heavy-as-lead hardcore. No pretenses. No nonsense. No prisoners. Experience spoke for itself with the heads involved: Scott Move (Special Move), Peachey (Six Ft Ditch, Negative Vibez), Tub (Rough Justice, Eviscerate AD, Beg For Mercy), Trev (Taking Names) & Duncan (Six Ft. Ditch, Awoken). The band began playing shows and honing their sound, before releasing the 'Heavy Artillery' demo, a rabid concoction led by slab-sized riffs and the double vocalizing of Peachey & Scott. It sold out within the space of 4 months. Well-received appearances followed at Germany's Pressure Fest and London's Running Riot Fest, before Peachey decided to move to Sweden to continue his life of grime. Undeterred by this personnel change, Ambush slimmed down to a 4-piece and set about writing a debut album of mammoth proportions. With a leaner line up came a meaner sound. As well as being strongly influenced by the musicians' former acts, elements of thrash and even doom metal had begun to play a big part. However, make no mistake, Ambush definitely remains a hardcore band! Having recently left to pursue other projects, Trev's bass duties have been taken over by none other than Steve (BDF, 50 Caliber), increasing Ambush's already impressive 'former members' roster. The band themselves describe their crushing first full-length 'Forward Into Hell' as 'likely to leave you feeling as if you've spent 31 minutes having your ears filled with concrete and your brain put through a blender'. You have been warned.
back to top