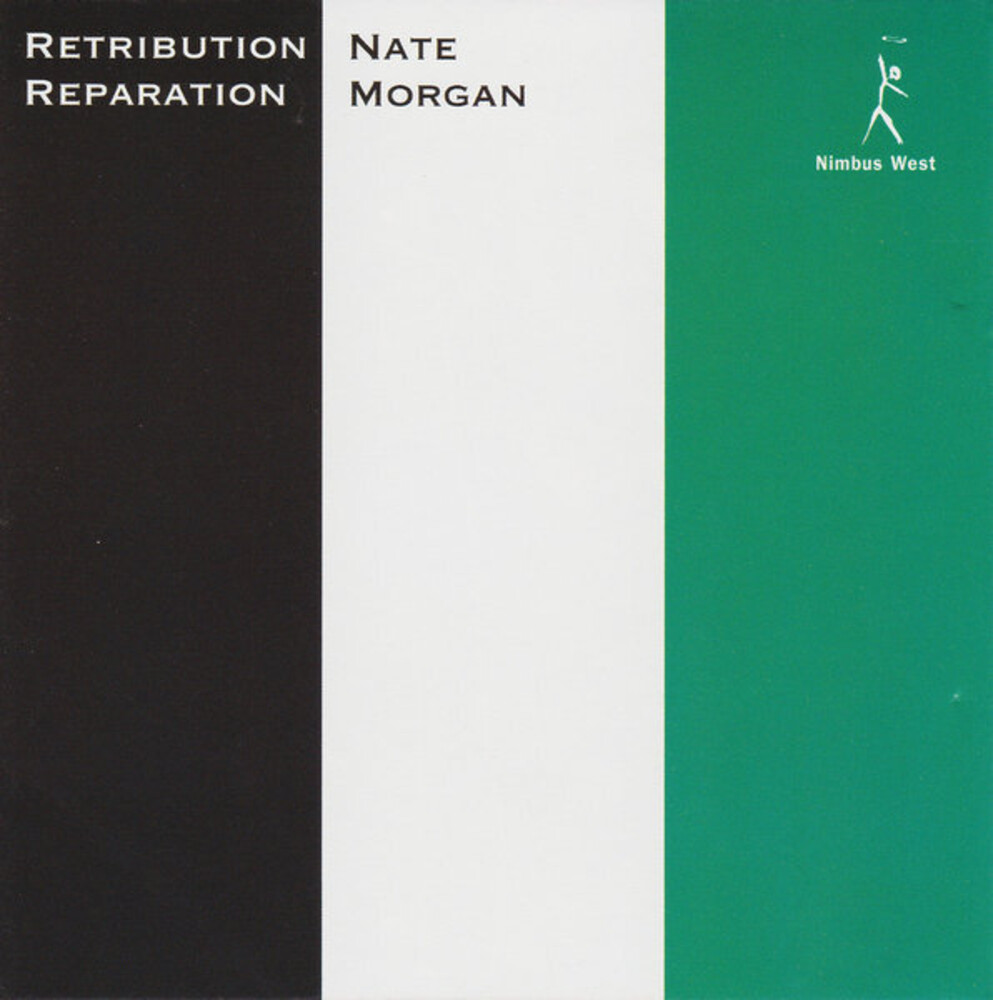 Pianist Nate Morgan (1964-2013) was a central figure on the Los Angeles jazz undergound. A core member of the circle around the legendary bandleader, pianist and community organiser Horace Tapscott, Morgan had been part of Tapscott's U. G. M. A. A. (Union Of God's Musicians and Artists Ascension) since he was just a teenager, and was a key member of the Pan Afrikan People's Arkestra, known as 'The Ark'. Through the 1980s and 1990s he kept the PAPA flame alive, organising the Ark's sprawling songbook, running legendary jam sessions, and keeping LA's deep jazz roots well watered. By the early 2000s he was bringing hard won knowledge to a new generation as part of the Build The Ark collective. He was a musician's musician, at the beating heart of the radical, community-minded Los Angeles jazz network that Tapscott and his associates had first put together in the early 1960s. Retribution, Reparation was the second of the two LPs Morgan recorded for Tom Albach's storied Nimbus West imprint. His first, Journey Into Nigritia had been a declaration of arrival laced with energies drawn from Cecil Taylor and Coltrane. One year later, with nods to Herbie Hancock ('One Finger Snap') and Ellington ('Come Sunday'), Retribution, Reparation was a confident statement of purpose. Politically charged with pan-Africanist and Black nationalist sentiments inspired by Marcus Garvey, and titled with uncompromising directness, the album focusses the sound world of the Ark into a surging, restless masterpiece of spiritualised modal jazz. With Danny Cortez on trumpet and Ark stalwart Jesse Sharps on saxophones the frontline is explosive (this set is also one of the few places the extraordinary Sharps can be heard in a small group setting), while Fritz Wise and Ark regular Joel Ector hold down the rhythm section. Morgan's forceful, Tyner-like chords and virtuosic solos and bind the music together. From the poised drama of the opening dedication to Tapscott's U. G. M. A. A. ('U. G. M. A. A. GER') to the propulsive militancy of the title track, Retribution, Reparation spreads the word: 'Advance to Victory, Let Nigritia Be Free!