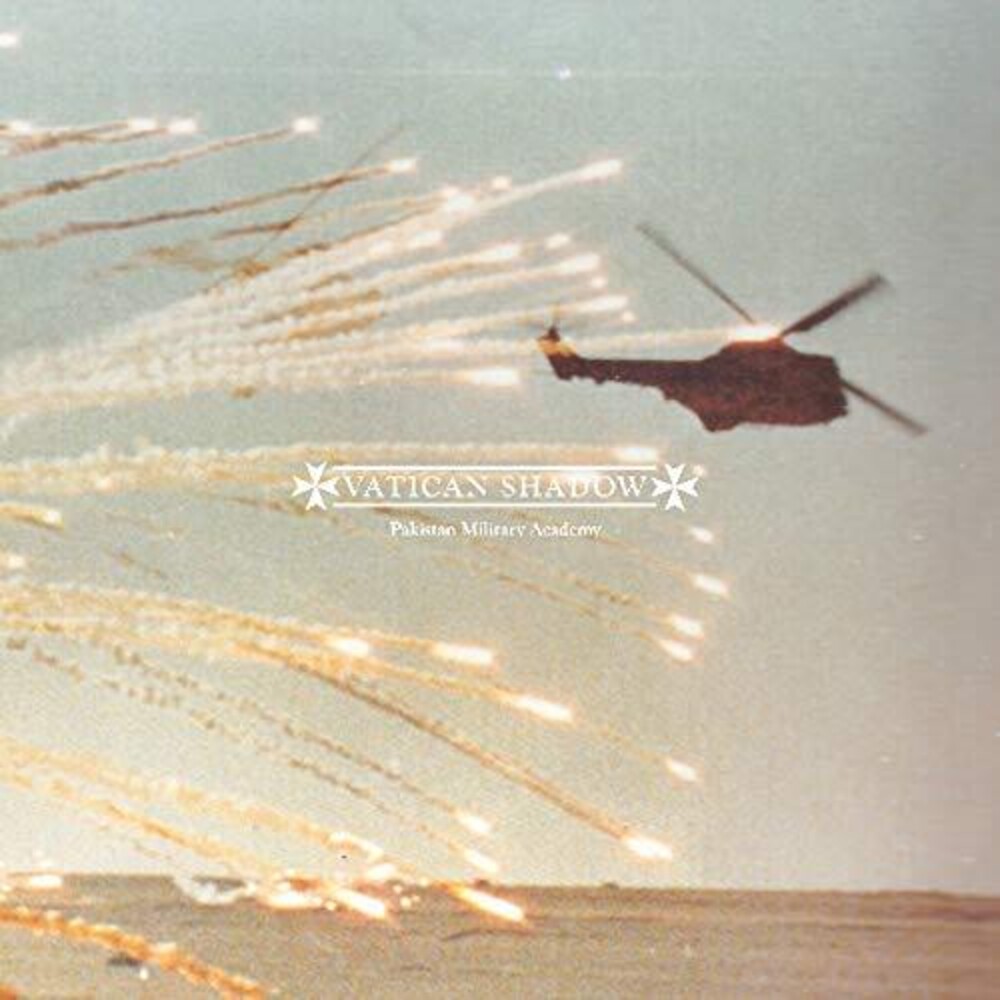 Pakistan Military Academy
Artist: Vatican Shadow
Format: Vinyl
New: Not on Hand, let us get it for you...
Wish

The best Vatican Shadow release, bar none, finally lands on vinyl for the first time as part of a long overdue remaster/reissue series for the project's earliest, fêted releases Originally slunk out on tape in 2011, Pakistan Military Academy sees Dominick Fernow (Prurient, Rainforest Spiritual Enslavement) calibrate his night-vision goggles to scan the most potent, affective visions of dark ambient and militaristic techno in his war chest. At the time of release, only months after the capture of Osama Bin Laden by US Army SEAL "Night Stalkers", the project really came into it's own as a form of impressionistic reportage, daring to grasp the nettle of contemporary US geopolitics in a way that, as music and art history will only make starker, everyone else broadly avoided at the time. In place of literal lyrics, a mix of quotes from newspapers and official government communiques, together with evocative photo documentation, supply the song titles and narrative/aesthetic framework for what are essentially abstracted emotions related to American military and foreign policy. Depending on how much you read or buy into it, for us at least the music rarely fails to evoke the shadowy unease and precarity of that era, as the sound betrayed an underlying mood contrary to the positivity of Obama-era politics, and that also spoke to the realignment of borders between musicks and socio-economics. The A side is worth the cost of entry alone for "Whitewashed Compound Stealth Helicopter Crash", a spine-freezing tract of arcing synth pads leading to one of this decade's most memorable codas, but when we factor in the scudding techno-stepper "Staccato Bursts of Gunfire", plus the haunting late period Muslimgauze styles of "CIA Contractor Freed Over Pakistan Killings", and the deep systolic thrum of "Prime Minister Defiant As Pakistan Outs CIA Agent", this plate becomes an absolute essential for any and all connoisseurs of modern industrial and dark ambient music. RIYL: Muslimgauze, Prurient, Alberich, Raime. Remastered at Dubplates & Mastering;