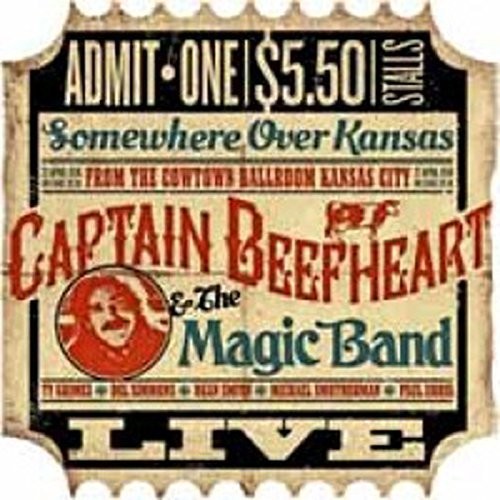 There are very few truly iconoclastic figures in the history of popular music since the mid 20th century, but Don Van Vliet (1941-2010), aka Captain Beefheart, is certainly one of them. By the time of this April 1974 broadcast, Captain Beefheart - and the 29th incarnation in along line of ever-mutating Magic Bands - had reverted to more traditionally-structured compositions, to the chagrin of some fans. Caught live in Kansas City, Beefheart was amidst an extensive US (and subsequent European) tour promoting his eighth album, Unconditionally Guaranteed. The often truculent Beefheart is in an unusually upbeat mood throughout. The touring band included some highly revered players including reeds man Del Simmons, who had previously played with Charlie Parker, guitarists Dean Smith and Fuzzy Fuscaldo (recently with Curtis Mayfield), bassist Paul Uhrig from Bobbie Gentry's group, and drummer Ty Grimes, fresh from Rick Nelsons acclaimed Stone Canyon Band.