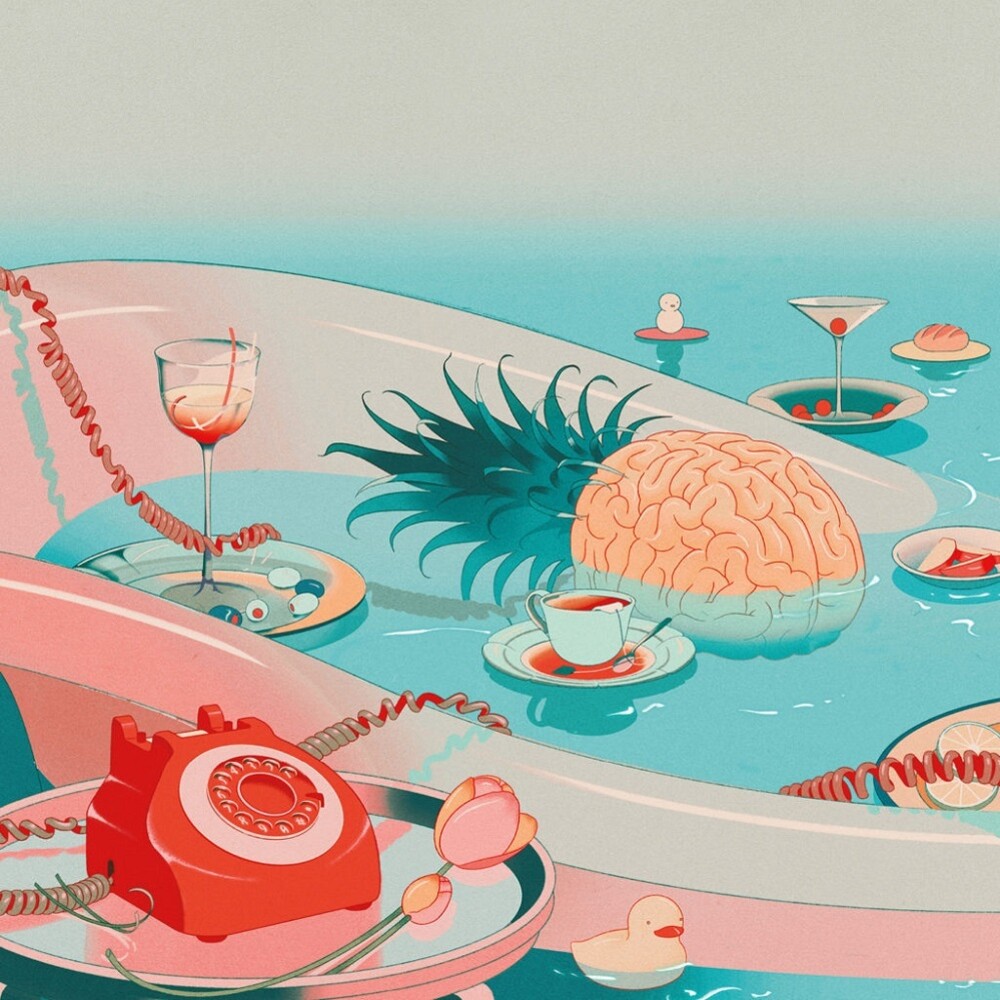 Call Me By Your Nail Ep
Artist: Brain De Palma
Format: Vinyl
New: Not on Hand, let us get it for you...
Wish

'Following releases and collaborations from Maurice Fulton, DMX Krew and London's JRMS, the fifth installment on Peggy Gou's Gudu imprint introduces another new artist. Brain de Palma is the fresh alias of compulsive crate digger Alexei Versino, who - as one half of cult duo Stump Valley and solo as Panama Keys - has released on labels including Rush Hour, Dekmantel and Off Minor. Born in Ukraine, Brain de Palma's parents chose to leave the area following the fallout from the Chernobyl nuclear disaster. Settling as a child in Turin, the Italian 'motor city', Versino was immersed in the local techno scene in his teens and many more since, navigating Europe for decades, immersed in disparate musical corners, from the squat raves of early-noughties Bristol to the laid back charm of the Balaerics and the cultural contrasts of Egypt. Much as his life has changed, a heart-on-sleeve love of both music and cinema have informed Versino's often spontaneous journey, just as they inform 'Call Me By Your Nail', his assured and sophisticated four-track debut EP for Gudu. Recorded with imagination and much-needed optimism during the initial stages of 2020, 'Particle Fever' begins in earnest as a detailed introduction to the liquid smooth sonic aesthetic of Brain de Palma, with a warm, slow-trance atmosphere evolving to generate the sort of melodies that would sit front-and-centre on less refined productions. Instead, the intent is quietly anthemic, an understated approach that equally informs the blissful electronics found on 'Farout', an almost psychedelic exercise that finds ethereal tones and rhythmic peace in the analogue extremes of de Palma's studio. These impulses switch from fluttering to fantastical on the title track, 'Call Me By Your Nail'. Undoubtedly taking inspiration from Middle-Eastern styled arrangements and naturalistic sounds, de Palma's adaptation, influenced by his time on the Sinai Peninsula, creates a refreshingly innovative sound palette in this offbeat machine translation. Finally, riding on only the slightest percussion, Versino creates a compelling, acid-tinged trip across 'Clockroom', rolling out suspense, tension and subtle euphoria often with only the subtlest of oscillations.