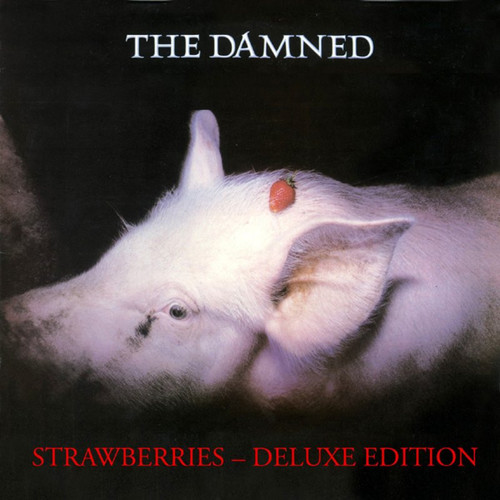 Vinyl LP pressing. Digitally remastered edition of this 1982 album by the punk icons. Strawberries For Pigs, as the album was originally entitled, was The Damned's fifth studio album, and was released in by Bronze Records. · Describing the album, Trouser Press wrote "Eclectic and inconsistent but well-produced and boasting some fine tunes, Strawberries shows Sensible's increasing pop prominence and Vanian's willingness to explore a stylistic pallette with no debt to punk." The album is extraordinary, from the sleeve depicting a pig with a strawberry, which stood in stark contrast to the band's contemporaries, right through every track. The music is amongst the best the band ever recorded and can now be appreciated as a classic rock album, not a strange record by a punk band, which is how it was received by many way back in 1982.