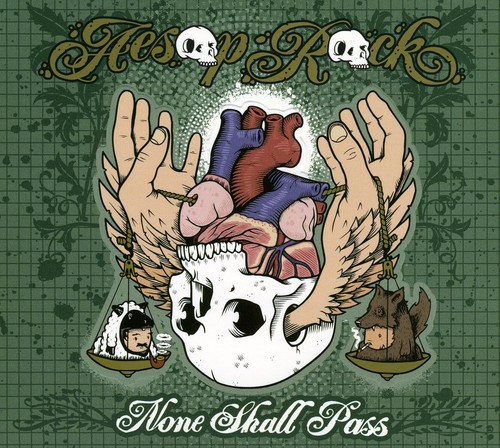 Created over a two-year period following his last release, None Shall Pass documents not only a vast amount of personal change that Aesop experienced over this time, but deftly depicts the scenes and stories relative to all ages of life.

''None Shall Pass'' is the fifth full-length album by American hip hop artist Aesop Rock, released on 28 August 2007 on Definitive Jux (see 2007 in music).

The album features seven tracks produced by Blockhead, five tracks by Aesop Rock himself, one track by El-P and one track by Rob Sonic. DJ Big Wiz adds turntable elements to 13 of the 14 tracks. Guest appearances include El-P, Cage, Breeze Brewin, Rob Sonic and John Darnielle of The Mountain Goats. The album's artwork was done by San Francisco artist Jeremy Fish.

The album's title track was first released on the ''Definitive Swim'' compilation.

Following its release, ''None Shall Pass'' debuted at number 50 on the U.S. Billboard 200 chart, selling about 13,000 copies in its first week. - Wikipedia