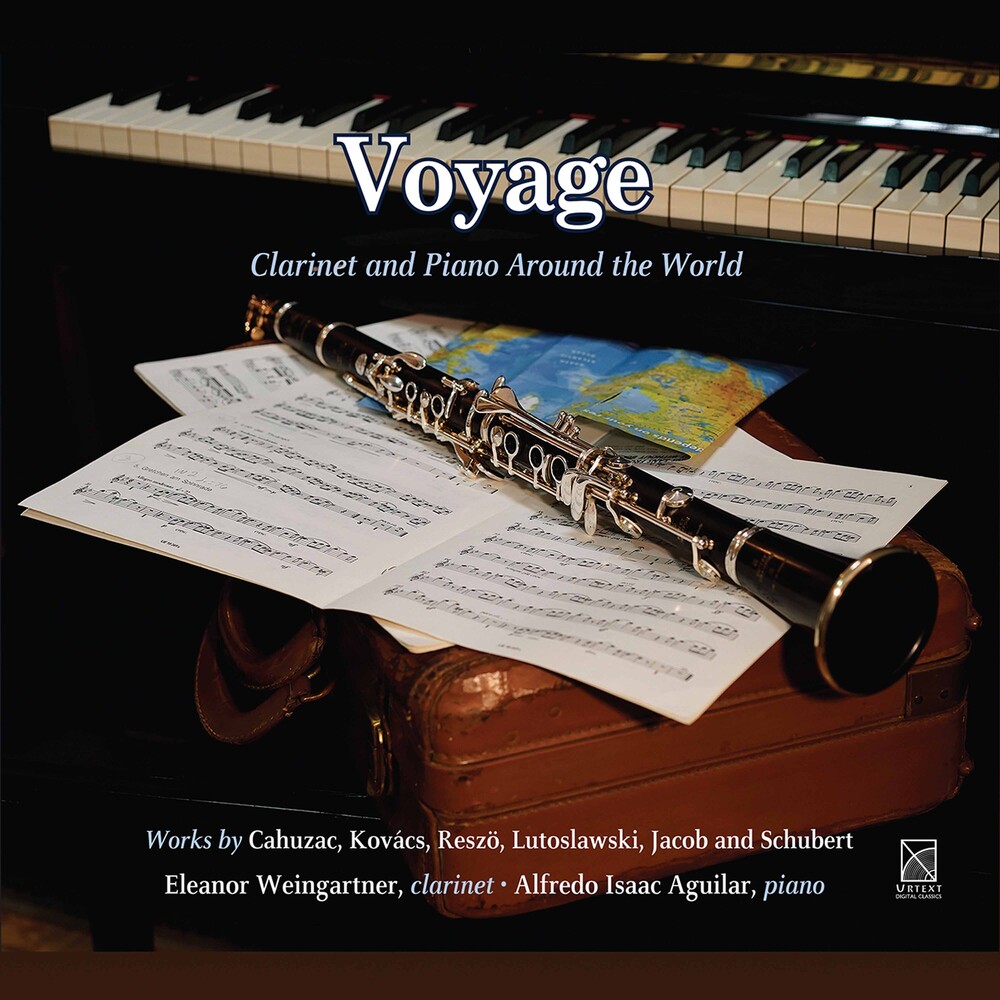 The present release is a beautiful program of works for clarinet and piano, and features compositions by composers from countries all over the globe, including Louis Cahuzac, Witold Lutoslawski, Kokai Rezso, Franz Schubert, and more. Eleanor Weingartner, an American clarinetist living in Mexico has been principal clarinet of Mexico's National Symphony Orchestra (OSN) since 1990. With the OSN she has played in concert halls throughout Mexico as well as in important venues in Europe and the United States and has participated in many OSN recordings for Sony, among other labels. Alfredo Aguilar is one of the most active Mexican performers in the last five years. He has studied and developed as a concert soloist; however, he also performs with orchestras and with chamber ensembles. Originally from Tultepec, the State of Mexico, Alfredo Isaac Aguilar studied at the National Conservatory of Music in Mexico, the Ecole Normale de Musique in Paris, "Alfred Cortot" and the International Summer Academy of the Mozarteum University in Salzburg, Austria. His teachers were, Luz Maria Puente, Jorge Federico Osorio, Aquiles Delle-Vigne and Germaine Mounier. He took courses with Bernard Flavigny, Jorg Demus, Eva Maria Zuk, Arie Vardi, Gyorgy Sandor, Cyprien Katsaris and Olivier Gardon, among others.