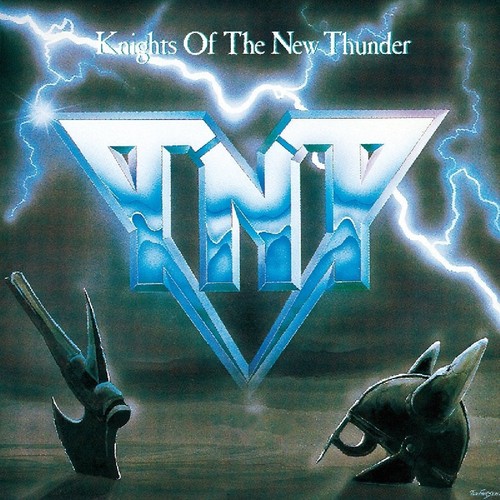 CD reissue. Knights Of The New Thunder, originally released in 1984, is the second studio album by the Norwegian heavy metal band TNT. It was the first TNT album recorded with their new vocalist Tony Hansen, who had replaced their original singer Dag Ingebrigtsen. Most of the songs on the album had been written and recorded as demos while Ingebrigtsen was still in the band, but most of the lyrics were rewritten by Hansen. This was their last album playing traditional metal, as their later releases have a more of a pop metal style.