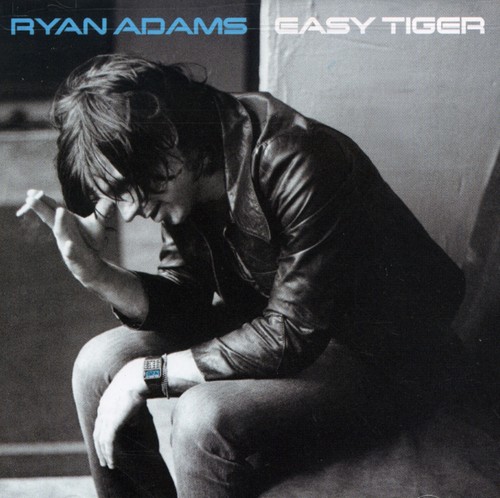 There are really only two kinds of CDs these days. There are the ones you listen to only once or twice, maybe downloading the single good song to your iPod; then there are others that grow stronger and more necessary each time you play them. Gold was that way. So is Easy Tiger.

''Easy Tiger'' is Ryan Adams' ninth studio album, released on June 26, 2007. Although attributed solely to Adams, the album features The Cardinals as his backing band. In an interview, Adams states that the album contains "very, very simple, very easy songs that, in my opinion, were written on the periphery of some more complex work." This album marks the first appearances of guitarist Neal Casal and bassist Chris Feinstein, following the departure of both J.P. Bowersock and Catherine Popper. Following the album's release, producer James Candiloro would go on to join The Cardinals as the band's pianist and keyboard player.

Despite the CD version of the album being billed as a solo album, ''Easy Tiger'' features backing band The Cardinals on every track. The vinyl release is credited to "Ryan Adams & The Cardinals". "Off Broadway" first appeared on the bootleg ''The Suicide Handbook'', a compilation of unreleased demo recordings, and was performed as early as 2001. "These Girls" previously appeared as "Hey There, Mrs. Lovely" on Adams' unreleased 2000 album ''Destroyer''. Sheryl Crow provides backing vocals on the track "Two", which was featured in the film ''Hancock''. - Wikipedia